Log in with different email
For more assistance contact customer service
Middle Years (5-9)
Power Struggles with Your Kindergartener: How to Curb Dishonesty

Power Struggles with Your Kindergartener: How to Curb Dishonesty 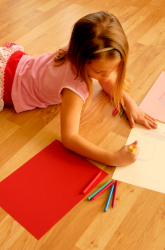 Parents (mothers, especially) are infamously good at knowing when their child is lying. Despite your intuition, it can still hurt to be right. Clinical psychologist Erik Fisher says understanding why your child lies can help take the sting out. Plus, it's important to your child's development. If you stay emotionally balanced, you can better focus on helping him fix the behavior.

In his book The Art of Empowered Parenting (Ovation Books, 2007), Fisher says children most often lie to avoid feeling shame, embarrassment, humiliation or the old classic “I didn't want to get in trouble.” He points out that those are the same reasons adults lie, too. And therein lies the rub: Our culture “is surrounded by exaggerations, cover-ups and outright lies, whether in our homes, from our politicians, or in the media,” Fisher says. Parents can help clear up these mixed messages by avoiding those little white lies themselves.

Because it is all around them, most kids give lying a try. “I think that kids lie more at younger ages because they're trying to see how it works," Fisher says. He stresses that this is part of a child's natural development and isn't necessarily a psychological problem. That said, repetitive and continued lying can be a symptom of low self-esteem, attachment problems, and anxiety.

Here are some of Fisher's guidelines for handling those pesky, and often hurtful, fibs:

The next time your child tries to pull your leg, don't push away in anger. Instead, help him understand there are alternatives to lying that make everyone feel better about themselves. Himself included.