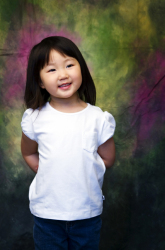 Your second grader may have a hard time finding the right words to explain how he feels. That's why you should foster open communication with your child early on, according to clinical psychologist Erik Fisher. He says that if you punish misbehavior without looking at the deeper reasons, parents run the risk of teaching their children to shut down as they get older.

Having trouble getting the conversation rolling? For children about the age of seven, Fisher suggests striking a balance between giving your child a chance to talk, and knowing there will be consequences. For example, parents could say: “You know, I have noticed that you have been acting up a little more recently, and I know that when I was little, I used to do “X” when I felt “Y” about a situation. I know that “Z” has been happening and wonder if you are feeling upset, guilty, afraid…(fill in the blank) about that situation. I think it would help if you could talk to me about what you are feeling instead of doing what you are doing. If you are not sure of what you are feeling, you can tell me that too. However, if you continue to choose to behave as you are, there will still be consequences.”

As a backdrop to this conversation, Fisher says it's helpful to know the main reasons why children around this age misbehave. In his book, The Art of Empowered Parenting (Ovation Books: 2007) Fisher makes a list of five common motivations. Here's what he says causes your little troublemaker to act out, and what he might really want:

These behaviors often cannot be avoided, but understanding the reasons behind them may help you better handle the one thing you do have control over: your reaction.