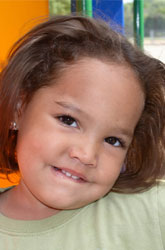 It's a fact: preschoolers squirm, talk out of turn, and sometimes drive their parents crazy with their inexhaustible energy. All of these are typical behaviors of a preschool child, but did you know they could also be symptoms of ADHD?

Impulsivity and hyperactivity may be nothing more than kids being kids. But they are sometimes symptoms of something more.  Attention-deficit hyperactivity disorder (ADHD) is increasingly diagnosed in preschool-age kids. But the process of diagnosing a three- or four-year-old is complex. “You need to go with someone with real expertise in the field,” says Dr. Glen Elliot, Chief of Child Psychiatry at the Children's Health Council. Although ADHD is typically not diagnosed until later in elementary school, “It's likely that the symptoms develop earlier rather than later,” Dr. Elliot says. Look for a clinician who can see beyond the typical high energy of all preschoolers, “who will really look at the context of what's going on," he says.

So, how do doctors make the call? “The problem has to be causing impairment” says Dr. Elliott, meaning that somewhere, somehow, a child is having problems far beyond typical preschool issues. Persistent patterns of aggression, out of control impulses, and risky behavior are the most typical signs of trouble, and these tend to emerge dramatically in a preschool setting, where children can be overstimulated by sights, sounds, and the presence of others.

If a young child is diagnosed with ADHD, what's a parent to do? Although the use of stimulant drugs, such as the oft-prescribed Ritalin, is on the rise among preschool kids, many parents are uncomfortable with, if not downright appalled by, the idea of medicating a three-year-old. These fears are not unfounded, according to Dr. Elliott. “There's almost nothing known about medications for this age,” he says, “there's simply not a lot of research.”

However, studies have shown that parent training can have a significant effect on the ADHD symptoms of preschool children. Since these kids are easily distracted, overloaded, and incapable of controlling their urges, Dr. Elliott recommends streamlining their environment to minimize these tendencies. “Think about what are the challenges for your child, and create a household to support him,” he says.

Structure, order and routine can help your child to focus and relax. “Don't leave your child in a room with twelve toys,” suggests Dr. Elliott, “instead, choose one to play with for a specified amount of time.” Likewise, he suggests arranging one-on-one playdates for your child, and avoiding large groupings such as birthday parties. Although parents may worry that they are depriving their kid of fun and social interaction, they may actually be providing relief for their child, as well as themselves. “You need to create rules that you and your child can live with,” says Dr. Elliott.

Parenting a preschooler is seldom easy, especially if your child shows signs of ADHD. But with a positive and structured environment at home, and an organized and supportive routine at school, your child should be able to get back to what he does best: being a kid.

Next Article: Top Four Ways to Help Your ADHD Child
We enable strictly necessary cookies to give you the best possible experience on Education.com.Cookie policy