Log in with different email
For more assistance contact customer service
School and Academics
Preschool Choices
What is Reggio Emilia?

What is Reggio Emilia? 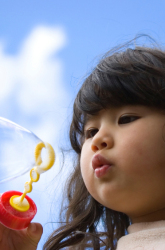 For many parents of preschool-aged children, the beginning of the school years can be scary. When your child starts going to school, it means less parent involvement in day-to-day learning and more teacher-structured lessons—less play and more work. But a growing form of early childhood education, called the Reggio Emilia approach, is turning heads with its unique take on teaching—one that makes parents, teachers and children equal shareholders in the learning initiative.

Although Reggio Emilia is an Italian export, it's not, as you might expect, a fancy cheese. In fact, it's an approach to education from a city of the same name, and it focuses on the educational importance of community and free inquiry as its primary values. Since its development in the 1940s, the Reggio approach has spread into a worldwide network of preschools and kindergartens, with designs for elementary classes in the works.

Although the Reggio approach shares some of the values of the better-known Waldorf and Montessori schools, it's not a philosophy with a set system of beliefs. Rather, it's an approach based around certain fundamental values about how children learn. “These values are interpreted in different schools, different contexts and different ways,” says Susan Lyon, executive director of the Innovative Teacher Project, which aims to develop and promote Reggio-inspired education.

Just what are these core values? Here's an introduction:

Although adapting the values of the Reggio Emilia approach can be challenging for teachers, Young says it's worth it. “Validating the children's work and supporting the child to go deeper into their perception of the world is the most important part of the process.” Parents and teachers will agree: It's never too soon to start giving your child a nose for knowledge and the tools to investigate the world.

Next Article: Learn What Choices Are Available to You
We enable strictly necessary cookies to give you the best possible experience on Education.com.Cookie policy