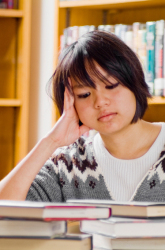 Collect This Article
3.2 based on 5 ratings
by Education.com

So, your kid wants to go to Harvard. Of course that sounds nice, but you know the deal: thousands of other ultra-bright high school seniors feel the same way, and there’s only room for a few of them. What if Harvard says no?

Well, if you’re like most other parents, you’ll heed the advice that guidance counselors have given for decades: balance things out. Reach for the Ivy Leagues, yes. But check out some “safety” schools too. Ones less intimidating than Harvard, whose recent overall acceptance rates have fallen from 18% in 1994 to less than 10% for, say, the class of 2009.

But here’s the catch: hot competition may not be restricted to the Ivy Leagues. In fact, more students than ever are applying to college. And a rising number of these students are already hedging their bets by applying to seven or more schools.

So what does that mean for your kid? Has the “safety school” gone the way of the typewriter or the rotary phone?

“Absolutely not!” says David Hawkins, Director of Public Policy and Research at the National Association for College Admission Counseling. Yes, he says, it’s harder than ever to get into certain schools. But he’s quick to explain those figures.

“Only the 150 most selective colleges are the ones that have become even harder to get into,” he says. In fact, there are over 2,500 four-year colleges in the United States. And that picture is much brighter: they average an acceptance rate of 70%.

So, says Hawkins, “The reality is quite different from people’s images…but students do need to be willing to broaden their horizons. They should not just limit themselves to what appear to be ‘brand name’ schools.”

Suppose, then, that your young scholar does want to consider a “safety.” Hawkins recommends old-fashioned common sense: “Look for a couple of schools where you clearly meet the admission requirements—minimum GPA, test scores, that sort of thing.” But then, he continues, take a better look at the character of the place. What programs might really interest you? Explain all this when you apply, and the school is that much more likely to accept you.

In the end, of course, what’s most important isn’t so much the name of the school, but its match with your kid. Many outgoing, self-reliant students will flourish in large universities, for example; but just as often, they may appreciate smaller college communities. And although the admission process may seem fraught with anxiety, counsels Hawkins, you can breathe easy in the end: odds are overwhelming that your child will get into college. Talk, listen, and choose wisely, and those may just be among the best years in your child's life.