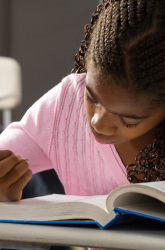 For most families, the daily routine of sending children to school before 8 am, and having them out by 3 pm, is as natural as the rising and setting of the sun. But an increasing number of school districts are making changes to the standard school schedule, either by lengthening the school day itself, or extending school time further into summer vacation. The idea has teachers, parents, and policy-makers split on what they think about so-called “time reform.” After all the buzzwords of standards, accountability, teacher quality, and class size, could the best answer really be the simplest one? Do students just need more time in school?

“What's happening in the last few years to get more people thinking about time is that we're not making the progress that we need to be making,” says Jennifer Davis, President and CEO of the National Center on Time and Learning. “We're not closing the achievement gap, and we're not keeping pace internationally with other industrially advanced countries.” She points out that, accustomed as we may be to the traditional 6 ½ hour, 180 day school year, it's an outdated schedule better fitting the needs of farmers (who needed all hands on deck during the summer harvest months) than today's families. “We need to rethink the 'agrarian schedule',” she says.

But, with entire industries, like tourism and child care, structured around the traditional school year, changing the schooling schedule may not be as simple as it seems. According to a report by Education Sector, an independent education policy think tank, some parents, especially those in higher income brackets, may be wary of more school hours as it could mean less time for extracurriculars or family togetherness. In contrast, single, low-income, and working parents are more likely to support the longer school day, as it means school and work schedules will be more aligned, and children will have access to more educational resources.

But what about students? Try telling the average middle schooler that plans for more school time may be in the works, and you'll probably get a blistering response. And, with the added pressures of increased testing and the push to cram as much into the day as possible, who could blame kids for wanting to hold on to afternoons to unwind, and summers to savor?

Not so fast, says Davis. The initiative behind more school time isn't about fitting more academics into an already overstressed day, it's about spreading the studying out over more time that includes art, music, drama, and athletics – things that have been gradually disappearing as academic demands take up more of the school day. “The whole idea is to make a more enriched, engaging school day,” says Davis. “Additional time allows for a lot more project-based learning, more hands-on teamwork, more things like science experiments.” Things, in short, that actually make learning fun for kids.

And how do teachers, who are notoriously overworked and underpaid, feel about adding one or two hours, or several weeks, to the schedule? That all depends on how involved they are in the process, it seems. “We believe local affiliates must participate in the design, implementation, and continuation of a plan to extend the day or year,” says Andrew Linebaugh of the National Education Association. George Jackson, of the American Federation of Teachers, a trade union representing workers in education, agrees: “Our main concern is that teachers in every district get a voice,” he says.

Motivation from within school districts is key to the success of a longer school year, says Davis. “Schools have to want to move in this direction.” And, more and more, schools are making the change. From an established movement in Massachusetts, to experiments in low-performing schools across the country, extended school time is catching on. “There is really momentum around this topic,” adds Davis.

Whether your child is ready for it or not, a longer school day may be coming her way. But who knows? She may even learn to enjoy it.

Next Article: Waldorf Education: Four Successes and Four Failures
We enable strictly necessary cookies to give you the best possible experience on Education.com.Cookie policy