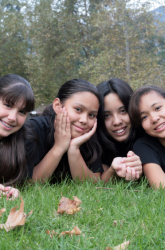 Think Brown v. Board of Education settled the school integration issue back in 1954? Not so fast. Last week's U.S. Supreme Court ruling on the issue took fifty-year-old themes and placed them squarely into today's headlines. With heated debate from all sides, it's difficult to tell what's really going on. So, what does the ruling actually say? And what does it mean for your child?

In the sometimes competitive world of public schools, many school district's admissions policies use a student's racial identity as a “tie-breaker” in the interest of maintaining racial diversity in schools. Some schools say that diversity is an absolute must, while others argue that “colorblind” admissions are the only way to ensure fair and balanced treatment of all. This was the opinion of parents in Seattle and Louisville who sued their school systems, saying a child's race should never affect whether they get a seat in the classroom.

The Supreme Court agreed, stating in a 5-4 ruling that consideration of race to determine school admissions is unconstitutional. While the decision only directly affects the schools districts involved in the case, it sets a precedent that will likely affect the integration policies of public school systems across the country, not to mention the experiences of children within them.

If your child is competing for a spot in a top public school, odds are the ruling will change the admissions process and, as a result, the make-up of the student population. Want to know if the tide has shifted? Education policy can vary from state to state: to get information on your school's admissions policy, it's best to contact the individual school directly.

While adults debate the concept of “fairness,” kids probably have a much clearer take on right and wrong. Whether the ruling affects your child's school or not, it's a good opportunity to start a conversation about diversity, the Civil Rights movement, and the legislative history of the United States. Equipped with this knowledge, they can make informed judgments, and perhaps even grow up to make the next big decision in this age-old debate!