Log in with different email
For more assistance contact customer service
School and Academics
School Safety and Violence
School Shootings: How Do We Prevent Them?

School Shootings: How Do We Prevent Them? 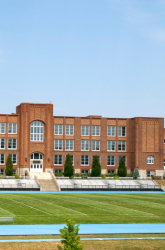 Collect This Article
3.9 based on 23 ratings
by Education.com

On April 20, 1999, two students went on a rampage through Columbine High School in Colorado, throwing bombs, shooting twelve people, and shattering the peace of mind of parents everywhere. If it could happen at that typical suburban school, parents wondered, could it happen at my child’s school? Why do school shootings happen, and what can we do to prevent them?

As terrible as school shootings are, and as sensationalized as they’ve been in the media, they’re still rare. “I believe strongly that one violent death on a school campus in the United States is too many, but K – 12 schools and college campuses are still the safest places for young people,” says Scott Poland, Ed.D, the author of four books on school crises. Still, according to the Prevention Youth Risk Behavior Surveillance System in 2005, the frightening reality is that over a million students are threatened or injured with a weapon on school property every year.

The good news? In the wake of Columbine and other large-scale school shootings, schools have tightened security and instituted “zero tolerance” rules so that violent students can’t return to campus. The bad? This may not be enough. “Most of the prevention emphasis at schools is focused on hardware measures, such as more police presence and surveillance cameras,” says Poland. “I’m not opposed to these measures, but non-hardware measures, such as adding mental health professionals, knowing every student well, and teaching problem solving and anger management are also important.”

“We need to look at the environment of the school, community and family,” says Vincent Wincelowicz, Ph.D, former member of the FBI and Vice-President of the Foundation for the Prevention of School Violence. “Clues about violent behavior are there, but we do not interpret them correctly.”

While the Secret Service has been unable to profile a “typical” school shooter, PAX/Real Solutions to Gun Violence has issued a list of warning signs that includes: “a cry for help in which a person issues a threat; expresses violent fantasies, posts violent language or warnings online;” “unusual interest in violence, fascination with death, weapons or violent behavior;” “rage;” “externalization of blame: ‘everyone is against me;’” “withdrawing from friends or activities or taking more risks.” Many have been bullied and are depressed and suicidal.

Detailing a 2001 Secret Service report on 37 school shootings, Poland concludes, “The shootings were not impulsive acts, as they were planned over weeks and months. Almost all of the perpetrators talked about what they were going to do to classmates. One of them, at his trial, said he told 40 friends of violent plans and thought one of them would have tried to stop him.”

So while metal detectors and surveillance cameras are useful, simply encouraging kids to take threats seriously may be the most important step we can take in improving school safety. Tell your children to trust their instincts and to report any suspicious talk directly to you, a teacher, or to 1-866-SPEAK-UP, the free, anonymous weapons threats hotline established by PAX. Your school might also consider starting a chapter of SAVE, the National Association of Students Against Violence Everywhere, which has received numerous awards from crime-fighting groups.

Unfortunately, no one can make the world 100% safe for children, but knowing your kids know what danger signs to look for and feel empowered to act on them will go a long way towards earning back that peace of mind.

Next Article: Are Schools Safe?
We enable strictly necessary cookies to give you the best possible experience on Education.com.Cookie policy