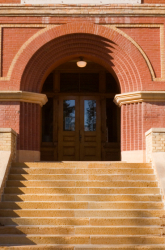 If, like many parents, you’re dissatisfied with your local public school, you may have daydreamed about yanking your tax money out and using it as tuition at a private school that might better fit your child’s educational needs. If school voucher supporters have their way, that won’t be a fantasy much longer. Whether this appeals to you or appalls you, the issues are far more complex than they first appear.

Nobel Prize-winning economist Milton Friedman argued that free-market competition would improve school quality, as students (and their money) would flock to good schools and abandon bad ones. But here’s the rub: private schools, unlike public, are allowed to reject applicants. Critics argue that voucher programs would skim the best students and the most involved families from struggling schools, leaving less successful students, including the learning-disabled, behind in schools that would then be even worse.

Private schools don’t have to meet the same standards public schools do, and their records aren’t always as transparent. However, schools that wished to accept vouchers might be required to meet certain standards.

Separation of Church and State

The vast majority of students in voucher programs attend religious schools rather than secular private schools, which tend to be more expensive. Critics charge that funneling public money into religious institutions violates the Constitutional principle of separation between church and state. Supporters argue that religious schools simply provide affordable options, and that they’re already in place in low-income neighborhoods. If voucher programs became widely instituted, affordable secular options might expand too. In the meantime, says Howard Fuller, Ph.D, Director of the Institute for the Transformation of Learning at Marquette University in Wisconsin, “The choice program in Milwaukee would not work without the inclusion of religious schools.”

Robbing the Poor to Help the Rich?

The American Federation of Teachers (AFT) argues that across-the-board voucher programs take money from public schools to benefit well-off families that can easily afford private school on their own. In other words, why should Richie Rich get thousands of dollars back when he would have attended private school anyway? Surprisingly, Fuller agrees, and the pioneering Milwaukee program applied only to low-income families. “I believe we should focus vouchers on poor and working class families who do not have the resources to move if they live in communities where schools do not work, nor do they have the resources to put their children in private schools.”

It’s no secret that poor and non-white students are the most likely to be trapped in failing public schools. Friedman argued that voucher programs would diversify schools, as children from low-income families would have the money to attend private school. Ironically, however, vouchers started as a reaction to integration, when white students received vouchers to escape integrated public schools for “segregation academies.” An evaluation of the New York City School Choice Scholarship Program by the Program on Educational Policy and Governance at Harvard University found that African-American participants who used the vouchers to attend private school reported more diverse classrooms, higher satisfaction, and achieved higher test scores than their peers in public school.

While complaining about the public school system seems to have become as American as apple pie, problems are easier to define than solutions. Fans of vouchers say more choice is always better.

Next Article: Is It Time to Change Schools?
We enable strictly necessary cookies to give you the best possible experience on Education.com.Cookie policy