Log in with different email
For more assistance contact customer service
Outside the Classroom
Second Language Acquisition Teaching
Should Your Child Be Learning a Second Language?

Should Your Child Be Learning a Second Language? 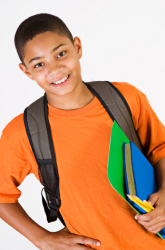 How many languages do you speak? If you grew up in the United States in an English-speaking household, the odds are you speak only one, with maybe a few words of high school Spanish or French thrown in. Your children, on the other hand, may already be learning Portuguese with a nanny, Italian in a “mommy and me” class and Mandarin at an immersion school. Why is second language acquisition suddenly so hot – and is it right for your child?

“The many advantages of bilingualism are evident not only in tests of intelligence and academic ability…but also in children’s enhanced creativity, self-esteem, cross-cultural understanding, and future job opportunities,” say Kendall King, Ph.D, and Alison Mackey, Ph.D, authors of the forthcoming book The Bilingual Edge: Why, When, and How to Teach Your Child a Second Language. “Learning a second language is not a cause of language delay.”

While some children are born with an innate talent for learning languages, Francois Thibaut, founder of The Language Workshop for Children in New York City and creator of the Professor Toto Language Education Series, says that every child can benefit from the right program. “Keep in mind that until a child turns twelve (the critical period for language development, when the neurological map changes), a child’s brain is designed to absorb the sounds of language, mark meanings, and memorize patterns. Put a child in a small, emotionally supportive group that does all the things that kids that age like to do, focuses entirely on them, and meets a few times a week, whether the curriculum is presented in English or Chinese, I assure you that the children will be emulating and articulating significant amounts of that language by the end of the year.”

Don’t worry if you don’t speak a second language and aren’t interested in learning one. “Children can participate in language-based playgroups, language-based babysitting networks, and all sorts of other peer activities,” say King and Mackey. “Immersion programs have been shown to be very successful both at teaching children the second language and at teaching children academic skills like numbers and letters….Classes to sign up for are those that are organized around fun topics that get the children involved in speaking the language. For young children in particular, the emphasis should not be on dull grammar exercises (aka ‘drill and kill’) but on using the language to have fun and communicate.”

That’s a lesson worth signing up for in any language!

Next Article: Pen Pals
We enable strictly necessary cookies to give you the best possible experience on Education.com.Cookie policy