Log in with different email
For more assistance contact customer service
School and Academics
College Alternatives
Should Your Child Take a Gap Year?

Should Your Child Take a Gap Year? 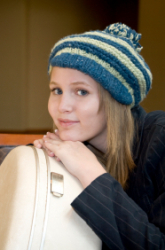 Princeton encourages it. Harvard’s a big fan. From Tufts to MIT, some of the most prestigious universities in the nation are urging students to consider something that would make most parents cringe: The idea of putting off college for a year in favor of some much-needed downtime.

It’s called a “gap year.” And while it’s been a common and popular rite of passage in Australia and the U.K. for decades, the concept is now starting to gain significant steam here in America.

Why? A growing number of high school seniors are balking at riding the academic conveyor belt from preschool all the way to university. They’re burnt out. Or not quite ready. Or they want to explore a few interests before deciding what to study in college. So instead of packing their bags in anticipation of freshman year, they’re volunteering in New Orleans or teaching in Thailand. They’re starting the great American novel, or interning to help figure out what they want to do with their lives.

Understandably, that makes a lot of parents nervous. But before you drive your kid to college in an armored truck and deliver him to the dorm yourself, it’s important to understand the facts, including what a gap year is, and what it is not.

For one, a gap year does not mean that a student is doomed to remain degree-less forever. While there are no formal studies on the number of students who never end up making their way to college post-gap, anecdotal evidence from admissions officers across the country says very few actually drop off the college radar. Taking a gap year can actually make kids more focused and ready for the rigors of academic life. In fact, Harvard, arguably the most competitive university in the country, believes so much in the gap year that they encourage every student they admit to consider a year off before matriculation. And Princeton has just announced a new program called the “bridge year” that will allow newly admitted students to spend a year performing public service abroad before beginning their freshman year.

The reason behind higher education’s support of the gap year is clear: Better-prepared students mean higher completion rates. And it’s completion that matters. Parents should remember that getting a kid into college is only half the battle. According to the College Board, three out of five students who enter a public four-year college don’t manage to snag a degree within five years. And nearly 30 percent of all students who enter college don't return for their sophomore year. Considering the fact that this year’s average price at a four-year private college is a whopping $23,712 per year, it’s a pretty expensive place to dabble. Sending a kid who’s not ready to college is like sending a kid who’s not feeling hungry to an all-you-can-eat buffet.

That said, not all gap years are created equal. If you have a kid determined to take a year off, here are some guidelines to follow:

Have the money talk
Just because you’re willing to chip in for college doesn’t mean you’re on the hook for a gap year as well. Remember, it’s about learning responsibility in the real world. Be honest up front about what you are — and are not — willing to do. Require that your child create an in-depth budget for her year, in addition to telling you how she plans to contribute financially. While many students dream of a year of unfettered travel, it’s perfectly reasonable to require that your kid wait some tables for a few months to pay for all or some of the year.

Get in first
A gap year should be a measured decision, not a procrastination technique. It should never be used to avoid taking the SAT or ACT on time, stall the need to fill out college applications, or jump into the Senior Slide early. If you have a high schooler under your roof who’s dreaming of taking a year off, keep him on track. Act as if he’s going to college as planned. Once he gains admission, he can call the college to request a deferment, which most admissions offices will gladly grant.

Create a plan B
The best way to start a gap year is with an admissions offer to your dream school in hand. But for students who didn’t get into their college of choice the first time around, a gap offers a second crack at it. Holly Bull, director of the Center for Interim Programs, the oldest gap year advisory service in the country, says that for students who’ve had less than stellar grades during senior year, a gap year offers a second chance to show solid performance, through an academic program abroad or some other curriculum-based program. Sometimes the gap year can make all the difference in getting an acceptance letter the second time around, Bull says. “It’s been known to happen. It’s certainly not a guarantee, not something you can bank on, but we’ve had some.”

Put it in writing
The most successful gap years are full of unexpected surprises along the way. But in between all those surprises lives a lot of planning. This is a once-in-a-lifetime opportunity — a chance for your child to see the world and figure out their place in it. If they’re angling for independence, have them prove they deserve it by doing research and coming up with a course of action. From a budget to a schedule to the phone calls needed to land that dream internship, the planning phase is just as vital to the gap year, and just as much a learning experience, as the gap itself. It’s perfectly OK to deviate from the plan once the year begins, but starting without one is a recipe for disaster.

Next Article: SAT Math: What It Is and How to Prepare
We enable strictly necessary cookies to give you the best possible experience on Education.com.Cookie policy