Your Guide to the Most Popular Social Networking Sites 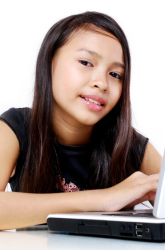 Does it seem like your teenage daughter is forever glued to the computer screen, with one hand clacking away on the keyboard and the other deftly maneuvering the mouse? The private sphere she is able to create for herself at the drop of a mouse-click may have something to do with the growing popularity of social networking sites—an online medium that allows people to create a unique mini-webpage (referred to as a profile) and correspond with other site members (basic membership at all social networking sites is free). According to the Pew Internet & American Life Project, 93% of teens use the Internet, and well over half of this group (55%) use social networking sites. Chances are your teen is one of them.

So, what should parents know about the online communities their teens are visiting? Here’s a guide to the three most popular social networking sites:

And the good news is, there's nothing stopping you from joining in the fun. So, while your own kids are busy on these social networking sites, get involved with your own online neighborhood in the Education.com Community.

Next Article: Online Education: Study Shows Social Networking a Boon for Education
We enable strictly necessary cookies to give you the best possible experience on Education.com.Cookie policy