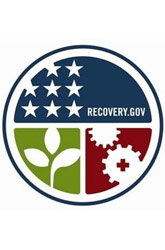 The Department of Education is rolling out $44 billion in aid to schools from the American Recovery and Reinvestment Act this month, along with clearer guidelines on how those funds should be used.

Since the stimulus package was passed earlier this year, states have been waiting with bated breath for the green light to send in their applications for the first round of funding, which represents two-thirds of the state stabilization money set aside for education. The application asks states to include a plan to meet four main policy goals:

College Preparedness. The Department of Education (DOE) wants to see data on what types of assessments states have for ensuring their students are college or career ready. “States have to take a look at what they do to make an assessment, and whether they should use funding to build that out,” said Sandra Abrevaya, a spokeswoman for the DOE.

Education Data Systems. Schools must be able to connect student-achievement data to individual teachers and track students from high school through college graduation. It's a national strategy for the federal government to see how states are competing with each other, and part of the administration's call for transparency. "The first step toward real and lasting reform that will ensure our students' competitiveness begins with absolute transparency and accountability in how we invest our dollars, educate our children, evaluate our teachers, and measure our success,”  Education Secretary Arne Duncan said in a recent statement. “We must be much more open and honest about what works in the classroom and what doesn't."

Teacher Quality. This has been one of the buzzwords of Obama’s administration. The DOE wants to see improvements in teacher effectiveness, and equitable distribution of high-quality teachers. Schools will need to start by labeling where their high-performing teachers are. At that point, they have two choices: either redistribute those teachers, or put more highly-qualified teachers in under-served areas. But what defines a highly-qualified teacher is still up for interpretation. Under the No Child Left Behind Act, it means teachers are certified in the subjects they teach, but that definition could expand. “In part, Duncan does encourage assessments of student performance in terms of teacher quality,” Abrevaya said. “But, we’ll also be encouraging new ways to evaluate teachers.”

The application now in the hands of governors helps DOE officials ensure that the money is used for its intended purpose: to save jobs and drive reform in these four areas. “To some extent, it’s an acknowledgment of the things that will be asked of them before they receive the next set of funding,” said Abrevaya. “It’s an upfront acknowledgment of expectations.”

And Duncan has made it clear that states will disqualify themselves for the next round of funding if the money is misused. "Under the law passed by Congress, the top priority for these dollars is to do right by our schools and our kids. If states play games with these funds, the second round of stabilization funds could be in jeopardy and they could eliminate their state from competitive grant money. This money must be spent in the best interests of children," he said.

Once the applications are reviewed, the money will be put in state's hands in two weeks, Abrevaya says. A second round of education funds, at $49 billion, will be released later in the year. The third round, a $4.35 billion competitive grant, will be awarded to states in late Fall of of 2009 or Summer of 2010. This grant, which Duncan calls the “Race to the Top Fund”, will be the carrot he uses to hold states accountable to the department's four goals, and to encourage program innovation. “Obviously we realize we’re not going to see an increase in student achievement in a few months,” Abrevaya said. “But, we want to see a commitment to pursuing those reforms.” More guidelines on how the grant will be distributed will be issued in the next several weeks.

It’s too early to say how schools will spend the money, as most states are finalizing their budgets now. But, John Laughner, legislative manager for the Committee for Education Funding, a nonpartisan and nonprofit education coalition, said he expects to see districts posting more want ads for teachers and curriculum specialists, and filing specs for construction projects on school buildings.

One of the biggest concerns for states is how schools will choose to spend the money, said Mike Griffith, senior school finance analyst for the Education Commission of the States, a nonprofit and nonpartisan organization for state officials that oversee education. States had assumed that since the money was being distributed in part through Title I funding formulas, they would have a say on how the money would be spent. But, according to Griffith, the DOE is just using the formula as a way to fork it out, and not as a way to ensure state control. While states can recommend and discourage districts on their spending practices, and many have already issued briefs for that purpose, it is ultimately the school districts that will decide. “So you could have a school district that decides to build a new school while laying-off teachers, and the state would have no control,” he said. “Everyone's worried about the one district doing something crazy with the money.”

However, Griffith stressed that most schools won’t have surplus funds with which to go crazy. “I'm afraid that all this talk will get parents excited about new and better teachers and after-school programs, but most schools will just be trying to keep their head above-water,” he said.

That reality may rub up against the message coming out of Washington. Abrevaya said while the department understands schools are guiding budgets through tight financial straits, they want to make sure that officials aren’t just “throwing money at the status quo. This is a huge pot of unprecedented stabilization funding. We’re going to be looking for reform-minded ideas”

That's why state officials are paying close attention to everything coming out of Duncan's mouth, said Griffith, including his most recent pledges for increased instruction time, pay-for-performance programs, and improved science education. In his briefing to education leaders on the stimulus guidelines, Duncan said: “We see an extraordinary opportunity here to change students’ lives. We want to save hundreds of thousands of teacher’s jobs. But, I want to be really clear: if all we do is save jobs then we’ve missed a huge opportunity. We want to push a dramatic reform agenda. We want to use an unprecedented investment in education to change outcomes and to dramatically improve achievements. And for all the progress we know how far we have to go to make sure our children have a real chance of being successful.”