Communicating with Your Adolescent 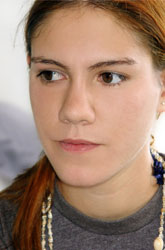 Most parents want to get along with their kids as well as possible. Since it sometimes feels like you come from different planets, however, getting along with your teens is a lot easier said than done. However, maintaining as friendly and open a relationship as you can is important for many reasons. It’s more fun. It raises everyone’s self-esteem, strengthens kids’ identification with their parents, and makes problems easier to resolve.

There are several ways of improving how you get along with a teen, and one of the most important is active listening. Active listening is a way of listening and talking to someone sympathetically. The process tries to accomplish two things: 1) to understand what another person is saying and thinking—from his or her point of view; and 2) to communicate back and check that understanding with the person doing the talking. The listener is an active participant in the conversation, rather than someone who just sits and nods from time to time.

Active listening is not easy, but it can be mastered. Once you get past the point of feeling artificial, “parrot-like” or too passive, you can sometimes pleasantly knock the kids right off their feet. Active listening should always be used at the beginning of any problem solving discussion.

People who do counseling or psychotherapy have to use active listening when meeting a client for the first time. If they don’t, they won’t get the critical information they need to help solve problems. Picture this scene: a lady walks into a psychiatrist’s office and says, “Doctor, I’ve been feeling rather depressed lately.”

Before she has a chance to continue, the doctor says, “Depression? No big problem. I deal with that all the time and it’s one of the most treatable things there is. Why, I’d venture to say that with some antidepressant medication and six to eight weeks of cognitive therapy you’ll be feeling much better, and after that we can take a look at...”

This is ridiculous, of course. This doctor is missing the boat in two ways. He is not getting all the information he needs, and he is also not doing anything to build a healthy and cooperative relationship.

The same thing is true in dealing with a child: if you don’t listen, you may not get important information you need to know in order to realistically attack a problem. You also undermine the relationship further.

Imagine your 16-year-old son went to a party on Friday night. On Saturday morning he gets up about 10:30 a.m. and comes down to the kitchen where you are reading the paper. No one else is home, and he says, “Well I finally did it. I got high last night for the first time.”

How would you respond? Imagine, feeling rather startled and upset, you chose from the following:

“I never want to hear that kind of talk again, young man!”
“Well, fine, you’re grounded until further notice.”
“Great, so now you’re on drugs, huh? Listen, pal, when I was a kid...”
“How stupid can you be!? I told you those friends of yours were nothing but...”

These, obviously, are not active listening responses (though they certainly are tempting). They shut down the conversation, and the high-powered parent loses a shot at some very important information. What did the boy take? Marijuana, alcohol, PCP? Experimentation may be normal in teens, but what prompted this? Was it really the first time? Why is he telling me this now? (Actually, a teen’s telling you something like this obviously implies either a pretty good relationship to start with, or an overwhelming desire on his part to provoke the daylights out of you).

Adolescents can say many things that severely test one’s patience, and very often a parent’s spontaneous response is not very helpful. What would you say, for example, if your  15-year-old son said something like:

2) “I think Camels taste a lot better than Winstons.”

3) “I’m gonna get my nose pierced—all my friends are doing it.”

4) “This family is really boring!”

5) “You know, I think your eating so much is going to kill you.”

These kinds of statements can catch you off-guard. If you are going to try to actively listen, remember that your goal is first to try to understand what the other person is thinking and saying, and second, to let him know that you are trying to understand.

How do you do this? There are several different ways that this can be done, and once you get used to them, the whole process can feel quite natural.

Openers
You might start with what are called “openers”—brief comments or questions designed to elicit further information from your child. These can include such statements as:

3) “Let’s talk about it—tell me what you’re thinking.” (Ear Piercing)

5) “Fill me in—so to speak—on what you’re thinking.” (Criticizing Your Eating Habits)

These comments require self-control, and are especially difficult when you are caught off-guard. They may also appear incredibly passive to you, but remember that active listening must precede any problem-solving discussion. If discipline or other action is necessary, worry about it after you’ve gotten the facts.

Questions
An opener can be a question or it can be some other kind of statement, but usually further questions will be necessary. Here are some questions that might keep the talk going, as well as elicit more information (be prepared to be accused of sounding like a psychiatrist):

1) “How many of your friends have had sexual relationships?”

2) “So you tried smoking and liked the taste?”

3) “How much does it cost to do something like that?”

4) “Why do you think we never do anything you like?”

In print alone, of course, we can’t describe the tone of voice that should accompany these questions, but it should be readily apparent that any of the above could be totally ruined by a sarcastic, angry, belittling, or condescending tone of voice.

Reflecting Feelings
If you are going to tell someone that you think you understand her, it’s usually helpful to let her know that you can imagine how she must have felt under the circumstances she’s describing.

Imagine the five conversations above continued. At some point in the discussion, the parent might have an opportunity to say:

1) “You were really embarrassed thinking everyone else knew more about sex than you did.”

3) “In your bunch of friends you’re feeling odd without a nose ring.”

4) “Sounds like you feel our family is almost depressing.”

Be careful here, because some adolescents don’t like to admit or talk about their feelings to you, and even though you may be right on target, they may deny or take offense at what you’re saying. As a kind of safeguard, the tone of all of the above statements can be changed somewhat so they come across more as questions. Then it’s more like, “Am I right that you felt this way?” The teen can then agree with you, deny or reexplain the feeling. If you are still getting defensive responses every time feelings come up, scratch the feelings part, and stick to a more “intellectual” type of conversation, using just the other active listening tactics.

Checks or Summaries
From time to time during a talk, it is helpful to check with the teenager whether or not you are “catching her drift” or really getting a good idea of what she’s saying. These kinds of comments let you know whether or not you’re understanding her correctly, but they also have a second purpose: they tell the adolescent that you’re really listening to what she’s saying.

Using our five examples again—but changing the order just a bit—the parent’s conversation at some point might go like this:

2) “What you’re saying is that if Dad and I can smoke—and we know it’s not good for us—you should be able to as    well?”

3) “Sounds like you think you’ll fit in more, and also perhaps look better, if you can get your nose pierced?”

4) “You’re telling me that you think we don’t do much as a family, and when we do it’s pretty boring to you?”

5) “You think I don’t really care much about my health anymore, and the main reason is what my job has done to me?”

1) “So in your enlightened opinion, the old fashioned morality about sex is just so much hogwash, and now you and your peabrained friends can make your own rules while nobly striving to impregnate all the females in the western hemisphere?!”

Time out. Did we lose our cool in that last example? Yes. It’s very difficult—especially when aggravated—to stay on track when trying to active listen. If you feel you’re about to blow it, excuse yourself and come back later for another try.

This type of listening is also an attitude. Your attitude, not your child’s. It’s the attitude of sincerely trying to figure out what someone else is thinking even if you don’t agree, or even if it drives you nuts. Who knows, listen and you might learn something new.

Next Article: How Special Time Works With Teens
We enable strictly necessary cookies to give you the best possible experience on Education.com.Cookie policy