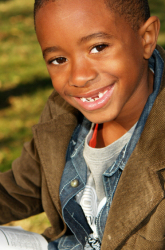 “What did the hero do in the book?”

“What did the hero's actions show about his love for his family?”

These questions may sound alike, but they're as different as night and day. The first question deals with the book's plot while the second deals with the more elusive aspect in a book – its theme. Now that your child is in middle school, language arts assignments will be more focused on finding a book's theme.

A theme is an idea or message about life, society, or human nature. And it is often the hardest element for a middle schooler to identify in a book. Although sixth graders aren’t expected to identify the theme of a story easily, readers at this level should begin to detect deeper ideas in literature.

Middle schoolers should be able to identify the story's plot, or an “on the surface” narrative. In Lois Lowry’s The Giver, the plot is about a boy named Jonas who lives in a community of “Sameness” where pain and conflict are absent. When Jonas turns twelve, he is selected to be the “Receiver of Memory,” a role in which he receives his community’s memories from a man named “The Giver.”

But to discover a theme, students need to look at the “under the surface” narrative, which is shown through subtext, subtle details, and events not spoken about. By studying the subtext the author reveals his or her ideas about the world. As Jonas learns from The Giver, he realizes he lives in a controlled and emotionless community. Themes abound in this thought-provoking dystopian novel: the importance of memory, the role of technology, and the absence of change, family, love, and diversity.

Even if a theme is simply stated — love is blind, good versus evil, friendship — identifying it may take time. Whether your sixth grader is reading The Giver or another book, these types of questions may help as they read:

Using the story as a springboard, kids can use the last set of questions to identify their values, opinions, and what’s important to them, which is crucial when discussing theme in any book. By asking these questions after every story, your child will gain a better understanding of theme and the thoughts and opinions any book contains.

Next Article: Getting R-E-A-D-Y for the Spelling Test
We enable strictly necessary cookies to give you the best possible experience on Education.com.Cookie policy