How to Talk to Your Teen About Drinking 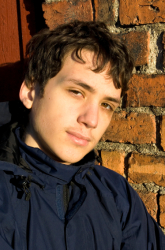 Collect This Article
4.0 based on 4 ratings
by Education.com

You know teens drink. You’ve seen the surveys. You may even know that your own teen has experimented with alcohol. But knowing that it happens and knowing what to do about it are two different things. Deciding whether to be a tolerant parent or one who tows the hard line can be a tough decision.

But just in case you think alcohol is a rite of passage for teens, consider this: Kids who drink are more likely to be victims of violent crime, to be involved in alcohol-related traffic crashes, and to have serious school related problems, according to the National Institute of Health/National Institute on Alcohol Abuse and Alcoholism. Talking to your teenager about drinking is very important, but parents can feel nervous and intimidated about what to say.  Here's some expert advice on the big questions:

What tools can we give them to fight the urge to drink?

"Try to help the child understand better what it is that most often tempts him to use alcohol,” advises Suniya Luthar, PhD., Professor of Clinical and Developmental Psychology at Columbia University. “Are they trying to fit in? Reduce stress? Feel relaxed? Try to work together to address the concerns identified.” Once you determine why she’s tempted to drink, then you can help her fight those triggers by finding other ways to reduce stress, relax, or fight peer pressure.

If I’ve abused alcohol in my past, should I tell my child about it?

“Yes,” says Michael Fishman, M.D., director of the young adults program at Talbott Recovery Campus in Atlanta, Georgia.“If they ask about your past with alcohol, don’t lie. If you drank as a teen, tell them so, but tell them also that it didn’t do you any good. And make sure you are clear about your expectations for them and what the rules of the house are.”

What kinds of rules are appropriate for teenagers?

Many parents feel that by taking away car keys, or allowing the teen to drink only in their home, this will eliminate the risk for harm. Fishman disagrees.“It doesn’t make sense to tell your 19-year-old to drink at home where you can keep an eye on him. That’s a confusing message and it doesn’t work.” By giving permission for your teen drink, even if it’s only in your home, he says parents are unwittingly opening a door for their teen, which will usually lead to drinking in other people’s homes, at parties, or even while driving.

What's the worst thing parents can do if they're concerned about their teenager drinking?

“Minimize it,” says Luthar.“Our research has shown that in general, teens in upper middle class families say their parents are surprisingly tolerant of the children's substance use. Furthermore, youth with the highest levels of such perceived parent ‘tolerance’ are, not surprisingly, those who reported the most frequent, regular use of alcohol as well as drugs.” Fishman agrees. “There’s no such thing as a right of passage. A lot of parents delude themselves into thinking that everyone is doing it. Don’t project your own denial onto your child. If you drank as a teenager and grew out of it with no problems, don’t minimize the potential danger when talking to your son or daughter."

Experts agree that the most important thing for parents to do is to talk to their teen. Be clear about what you expect and what the consequences will be. Although parents don’t want to cover these tough topics, it’s important that to be clear about your expectations and avoid sending your teen a mixed messages.

General advice for talking to your teen about drinking:

For young people, alcohol is the number one drug of choice. Parents are then left with no choice, but to address this issue head on before it causes serious pain in their families.

Next Article: How to Talk to Teens About Dangerous Hookah (Water Pipe) Smoking
We enable strictly necessary cookies to give you the best possible experience on Education.com.Cookie policy