Log in with different email
For more assistance contact customer service
School and Academics
Teacher Quality and Compensation
Why Do Teachers Quit?

Why Do Teachers Quit? 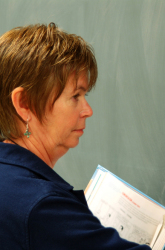 Every year there is a crew of new teachers at your child's school, with the ink on their teacher certification still drying. But statistics show that after five years, half of those teachers will be gone—either off to another school or out of the profession altogether.

While these numbers may seem staggering, the national call to get qualified teachers into the classroom is not new, nor are the challenges facing the schools and administrators trying to keep them there. Those in the education community have been bracing themselves for the retirement of the baby boomer generation by recruiting new blood. Teachers aren't known for making the big bucks, and the Education Commission of the States (ECS), a nonprofit organization which facilitates sharing of information between states, has evidence that this affects recruitment.

But, while masses of graduates with college loans up to their eyeballs aren't flocking to the field of teaching, the majority of those who tried teaching say salary isn't what made them leave. According to an NCES report, the top reasons people listed for leaving teaching were retirement (20 percent), family reasons (16 percent), pregnancy/child rearing (14 percent), wanting a better salary and benefits (14 percent) and wanting to pursue a different kind of career (13 percent.) Salary didn't even make the cut.

NCES Research Scientist Stephen Provasnik says this makes sense when you consider the type of people that choose a public service career. “Most people don't go into it for the money,” he says. “The reasons for leaving have to do with being able to teach well.”

Salary may also be lower on the list of reasons for leaving because many schools have raised teacher pay over the last several years in an effort to boost retention. Sandy Jacobs, Vice President of the National Council on Teacher Quality, says though teacher salary is still egregiously low in some places, overall compensation of teachers has risen in the last 15 years. “Certainly, there was a time when across the board, teachers were being underpaid, but big strides have been made. Even starting salaries have come up a lot,” she says. According to the National Center for Education Statistics (NCES), they've come up just short of $1,000 a year, taking inflation into account. The average salary for teachers in 1991 was $46,556. In 2004, that number was $47,433.

The teachers leaving the profession that participated in the NCES study listed their main sources of dissatisfaction as lack of planning time, too heavy a workload , and class size. That points to a greater need for improved working environments, including everything from good leadership to community support.

Karen Abercrombie, Director of Communications for The National Commission on Teaching and America's Future (NCTAF), says a lot of teachers are isolated from their colleagues. “That can be draining. They should feel supported and be able to bounce ideas off each other,” she says. For new teachers, that means a strong mentoring induction, or a buddy system, where veteran teachers work with rookies to turn them into effective teachers.

Parental support is also a key piece of the puzzle for new teachers, says Abercrombie. That can be as simple as participating in fundraising activities, helping with homework, attending field trips and making sure students are engaged with educational activities outside of school.

The idea behind all this is that well-supported teachers have a better chance of making it through the first few challenging years. And if they survive that steep learning curve, something amazing happens: they become better teachers. And Abercrombie says that directly affects student achievement.  “When you don't provide that type of support for teachers, students lose out because there's a cycle of new teachers every year,” she says. “A stretch of three ineffective teachers in a row may mean that some students don't graduate with the skills they need to be successful.”

Giving your child the best possible education means making sure he has the best possible teachers. If we listen to what teachers leaving the profession have to say, we can underline at least one major point: a little bit of support goes a long way.