Log in with different email
For more assistance contact customer service
Parenting and Families
Discipline
The Lowdown on Lying, Stealing, and Cheating

The Lowdown on Lying, Stealing, and Cheating 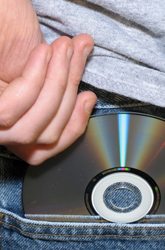 Although lying, stealing, and cheating are all inappropriate behaviors, they are also common, especially at an early age, as children try to test their limits but are still learning right from wrong. As a parent, it is important that you do not overreact, but that you do let your child know that each of these behaviors is unacceptable and that you yourself understand what is causing your child to lie, steal, or cheat. The good news is, they usually do grow out of it, but they need your guidance and you need to know when to be concerned and what to do about it.

Download Article
Understand why they do it. Until the age of 3, children do not really understand what lying or stealing is, and are not doing these on purpose. They might take something that doesn’t belong to them because they don’t understand that they can’t just take it. They may lie about things like having to go to the bathroom if they are working on potty training, but do not understand the concept of telling the truth. From age 3-6, children generally know right from wrong, but will usually only lie about small things, like having gone to the bathroom before leaving the house or pushing a friend, and cheat or steal in small ways, like passing off someone else’s artwork as their own. They still need to be taught the consequences of these actions and why they are wrong. After the age of 6, children know that lying is wrong. Some things that can cause a child of this age to lie include being forbidden from an activity, having high expectations for achievement, not being disciplined consistently, or not receiving enough attention or praise. Parents of children this age need to figure out what is causing their children to act out in these ways.

Know how to handle it. Often, when parents hear that their child has done something wrong, they try to ask open-ended, vague questions to get their child to confess. It is actually better to tell your child what you heard and ask her what her version is. If she is under the age of 6, she will probably confess and not lie about it. If she is over the age of 6, your child might try to lie to cover up her bad deed, in which case you should punish her for the lie and the bad behavior. However, in either case you should also get to the bottom of why your child did what she did.

Lying. Children often lie because they know the truth will disappoint their parents, like having gotten a bad grade on a test. In this situation, it is important that you let your child know that what matters more is the effort she put into it and not the end result. If you know she tried her best, then you should praise her for her effort but also explore why she did not do well. If you know that she has not put in the effort, you should talk about working harder the next time. An older child might also lie about her activities. Skipping school can be very common among teens. You should be firm about house rules with your teen and explain that these rules are in place for her own good. You should also make sure you are aware of what she is doing and whom she is doing it with.

Stealing. The most common reason children steal is because they want to have what everyone else has. Although you should recognize that your child wants to fit in, this is a good time to talk about what your family can afford or how your rules differ from other families’ rules. If you don’t think your child should have something until a certain age or for a certain reason, explain your reasoning to her. You can also work together to find a way that she can earn what she wants – by getting an allowance, doing chores, or being more responsible.

Cheating. Children want to win, achieve, and be the best, and will often go to great lengths to do this, which can sometimes mean that they do it by cheating. Cheating does not only include copying from someone else’s work, but is also breaking or bending the rules, even when playing a game. As with lying about their academic performance, if your child cheats on her homework or classroom work, explain to her that the effort is more important than the grade. She is only cheating herself, because she is the one who is not learning what she needs to know. Parents often have the urge to let their young child win at a board game, but this is not teaching your child to follow the rules.

Set a good example. Children learn from their parents, and your child is very aware of what you do. Even things like rolling through a stop sign, calling in sick when you are not really sick, or failing to point it out when the cashier forgets to charge you for one of your purchases at the grocery store will teach your child that it is ok to bend the rules and not tell the truth.

Recognize when to be concerned. Sometimes, excessive lying, stealing, or cheating can mean that your child has a behavior problem that you should be concerned about. If your child consistently lies or steals and does not feel bad about it, destroys other people’s property, shoplifts, skips school often, does not have many friends, or is deliberately mean to animals, you should talk to his pediatrician and the school counselor. It is possible that he has conduct disorder or another behavioral problem that needs to be addressed. Or, these could be signs that he has a learning or developmental disability, or is being bullied. These problems are not your or his fault, and with the help of the right professional he can overcome them.