What to Expect in Third Grade 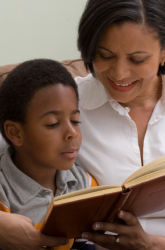 Your child has scaled the cliffs of early reading, shot the rapids of adding and subtracting, and mined for gems in the world of writing. In other words, first and second grade are over. What could top all that?

Well, in fact there’s a giant step waiting in third grade. Kids will still read, write, and do math, of course; but the way they do them will start to shift. This year, and increasingly in fourth and fifth grades, kids move from “learning to read” to “reading to learn,” and from “learning to write” to “writing to communicate.” Teachers will still guide them closely, but they’ll be introducing another goal too: working independently. In most schools across the country, you’ll especially notice this change in new assignments coming home. Has your child had homework before? By third grade, you can generally expect it, and expect that it will count.

So how does this look in your child’s classroom? Specific details vary from state to state. To be sure what’s going on, check your state’s standards on the Department of Education website, and ask your teacher, as well, about the curriculum plan for the class and grade. For a general overview, however, here are some themes to expect:

Reading: Picture books—especially long ones—may still be on a few third grade classroom shelves, but “chapter books” are the rage now, especially when they come in series form, like the “A to Z Mysteries” or the “Magic Treehouse” books. This stage gets less attention than first grade reading, but it’s just as important. Having learned to go from pictures to the “code” of words, the task now is to go the other way: to read words and make mental pictures. Your best parenting strategies? Encourage your kids to read, read, read; and afterward to talk, talk, talk, about the stories. Don’t push on reading levels, however: it’s important that kids learn to read independently on their own, and an “easy” book still gives valuable practice. Harder stuff will come all too soon.

Writing: The third grade shift in reading runs directly parallel to a change in writing, as kids now expand their early skills into paragraphs, short essays and stories that make a point. Their “writing to communicate” may still take some wild birdwalks, but by the end of third grade, expect significant progress. One warning: if your child does not seem to grasp written sequence and is consistently confused and upset about this new level of difficulty, consult your teacher. This may be due to earlier gaps or it can be the result of problems with perception that have not appeared until now. Either way, you and your teacher can work together to keep progress smooth.

Math: Third grade takes off from first and second grade fundamentals, and it’s a marvelous time for most kids. During the year, expect that they will fully master addition and subtraction of numbers between 0 and 12; and that they will move on to understand and use multiplication, early fractions, and even some decimals. As you help kids move into these exciting new levels of abstraction, it’s especially helpful to anchor them in real-life materials and discovery exercises. Ordering pizza? Go wild dividing it into fractional pieces. Counting allowance? Multiply weekly amounts and start calculating monthly or even yearly income. You’ll certainly have fun—but you’ll be building lifelong intellectual connections as well.

Science/Social Studies: “Reading to learn” opens an exciting new world for young scientists, as they start to consult references and learn new stuff. Specific topics in these areas tend to vary by state, but you can expect plenty of work using the scientific method and testing hypotheses about the physical world, as well as about geography and world cultures. This year, more than in previous ones, you’ll also see writing and math blended in, as kids graph and calculate scientific observations and then write up their conclusions. Want to help at home? Give kids some time and space to mess around with science, especially in nature; now is also a great time to subscribe to kids’ nature magazines such as Ranger Rick, or National Geographic Magazine for kids.

If you’ve noticed that curriculum starts to have more weight in third grade, you’re right. If you have concerns about your child's progress, be sure to talk with your teacher; schools expect that kids will advance unevenly at times, and they are prepared to help. Some kids find the transition stressful. More often, however, third graders find themselves standing more firmly than ever in the world of school. After three years of being “little” in elementary school, third graders are now among the “big” kids. Ask them and they’ll tell you: that’s pretty cool.