This Just In...Homeschooling is Legal! 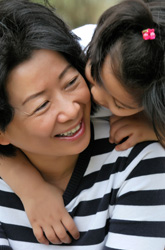 A sudden reversal of a California court decision has put homeschooling on a sounder basis than it has ever been in the Golden State. In a February ruling, the courts said parents without teaching credentials had no right to homeschool. Although teachers unions applauded the ruling, the governor and even the state superintendent of education publicly protested it. Homeschooling has existed in California since at least the 1970s, and parents of the state’s 166,000 homeschooled children have usually registered with the state as home-based private schools.

A few weeks after issuing its original ruling, the court vacated it, and agreed to rehear the case. In August, it reversed itself, recognizing that California legislators have not only been aware of the existence of homeschooling, but have repeatedly made special provisions in various laws to accommodate it.

Meanwhile, Washington, D.C. has made life more difficult for its homeschooling parents. New rules require that people give school officials advance notice of their decision to withdraw a child from school, and maintain work portfolios including writing samples, workbooks, etc. for review as often as twice a year. School board officials have the power to decide whether a child is receiving “thorough, regular education”, and require the parents to enroll their children in school again.

Although homeschooling has been part of American life for centuries, the modern homeschooling movement began to gather force in the late 1970s. After decades of legal fights, homeschooling is now legal in every state. However, regulations differ from state to state. Some states do not regulate homeschooling at all, while others regulate it heavily. What’s more, regulations can change – as the California and Washington examples illustrate. Fortunately, homeschoolers are a very well-networked population, and getting information about current or proposed regulations is often as easy as clicking a mouse. Here's where you can get answers to common questions about homeschooling:

What are the homeschooling laws in my state? The Home School Legal Defense Association offers a map that shows at a glance whether your state regulates homeschooling and, if so, how heavily. This organization also maintains a database with state-by-state analyses of homeschooling laws.

Who can help me figure out what these laws actually mean in practice? What a law says is one thing; how officials interpret and enforce it is another. Homeschooling organizations and support groups are active in every U.S. state and territory, and they are a homeschooler’s best recourse. Home Education magazine offers a guide to support groups at www.homeedmag.com/wlcm_groups.html

How can I meet other homeschoolers in my area who can tell me about their experience with the local regulations? One of the best ways to meet homeschoolers is to attend a homeschooling conference, gathering, or social event. Ann Zeise of A to Z’s Home’s Cool Homeschooling has an extensive calendar of such occasions at homeschooling.gomilpitas.com/calendar/events.htm

What do I do if school or other officials challenge my right to homeschool? Two organizations, the Home School Legal Defense Association and National Home Education Legal Defense provide legal information and referral or representation when their members encounter such problems.

Local libraries are also often a great point of contact for homeschooling information and events.

Gregory and Martine Millman are co-authors of "Homeschooling: A Family's Journey" (New York: Tarcher-Penguin, 2008). Three of their six home-educated children (Bridget, Anna and Magdalen) have already matriculated at excellent colleges and universities, and the other three (William, Joseph and Blaise) are at what conventional schools would call the elementary, middle and high school stages. Martine P. Millman worked as a writer and editor in Taiwan, Hong Kong, and New York before deciding to devote much of her time to the challenging and rewarding work of a homeschooling mother. Gregory J. Millman's journalism has appeared in Barrons, Forbes, The Wall Street Journal, The Washington Post, and numerous other publications.

Next Article: So You've Decided to Homeschool ... What Now?
We enable strictly necessary cookies to give you the best possible experience on Education.com.Cookie policy