Log in with different email
For more assistance contact customer service
School and Academics
National Standards and Tests
Are Kids Getting Too Much Math and Reading?

Are Kids Getting Too Much Math and Reading? 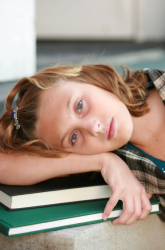 When President Bush first took office, he vowed that every student would be reading by third grade. Now, eight years later, kids spend more time on reading than any other topic as they start school. We can’t fault schools. After all, they’re held responsible for their students’ reading skills through federal testing programs. But have we gone too far with reading and math at the expense of science, social studies, art, and music?

Reading is a gateway skill, says Robert Pianta, dean of University of Virginia School of Education. “If you want to learn math, science, or history, you need to read.” But Pianta’s research has shown that in the early grades, more than half of kids’ instruction is in reading. Researchers at the Center on Education Policy found a similar trend. The majority of school districts are increasing the time they spend teaching reading and math, says Jack Jennings, president of the Center on Education Policy. And this change primarily affects schools that serve low-income and racial minority students. Schools that “tend to have lower test scores,” says Jennings, "are feeling the pressure of the accountability movement.”

The accountability movement started in the late 1980s for some states, while others held out until No Child Left Behind was passed in 2002. By now, accountability has become synonymous with state and federal tests. Most of those tests aren’t very challenging, says Jennings. “If kids are better educated the state tests aren’t a problem. If kids aren’t well educated, state tests can be a real challenge.” The students who pass the tests move on to bigger and better things—AP classes, higher literacy courses, art and music—while students who struggle with the tests are left drilling for even more tests.

Tests aside, we’re just learning how the current accountability movement is changing the school day. According to a 2008 report by the Center on Education Policy:

Is It Really That Bad?

The jury is still out on whether or not more reading and math instruction is good for kids. On one hand, teaching kids the basics can get them far. On the other hand, there are only so many hours in the day, and focusing on reading and math means there’s no time left over for other things like art, music, physical education, and recess. Test scores paint a blurry picture. State test scores have improved; but federal scores don’t show a comparable increase. Says Jennings, “the [national] test results caution that maybe there’s less in the state results than what appears.”

Education isn’t a zero-sum game, and we can teach reading or math and other subjects like science, art, and social studies at the same time. “It helps for kids to have a balanced diet of activities in a lot of different areas,” says Pianta. But, in the early grades when kids are with one teacher all day, parents may have to make sure kids can follow their interests outside of school with art, science, or sports.

Still, it’s not hard to see how focusing too much on reading and math could result in narrowly educated students. “They know how to get past the state tests,” says Jennings, “but they may not know about the world or be able to appreciate art and music.” Some argue that kids need to master the basics before moving on (eat-dinner-before-dessert logic), but for others, the debate is simple—what class did you love most in school?

Next Article: Current Trends in Literacy Instruction
We enable strictly necessary cookies to give you the best possible experience on Education.com.Cookie policy