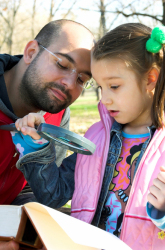 Collect This Article
3.7 based on 17 ratings
by Education.com

Unschooling. The word itself sounds like the invention of a precocious 9-year-old mind: “Mo-om, I don’t wanna study for that stupid spelling test! How come you never let me unschool?” However, unschooling, or child-directed learning, is not only a very real educational philosophy, it’s also a successful learning practice that is gaining popularity with parents both in the U.S. and abroad.

The core philosophy of the unschooling movement is that learning is an organic process that can be fostered by nurturing a child’s innate abilities and unique interests, rather than forcing him into a pre-determined mold of curricula, guidelines, and standards that may prove to be ill-fitting. That means that not only are children learning outside of the classroom, they're doing it without the educational guidelines or achievement goals familiar to most families. What's to say kids will learn anything at all? “Since we are such a control-oriented school society, we naturally assume that if kids aren’t forced to learn, they won’t learn,” states Rachel Gathercole, author of The Well-Adjusted Child: The Social Benefits of Homeschooling. “Rather than forcing learning on their children, unschooling parents support their children in their natural learning process. And in my experience, the freedom that unschoolers have actually enhances that learning process.”

Unschooling is defined less by what its practitioners do and more by what they do not bring into their children’s educational environment. An unschooling parent does not impose a schedule or curriculum onto her child. Rather, she supports the child’s natural drive and hunger to learn with appropriate educational materials, tools, and activities. According to Jennifer James, Director of the National African-American Homeschoolers Alliance (NAAHA), “Families who are considering unschooling should ask themselves if they have enough learning aids in their home, from encyclopedias and bookshelves full of books to a computer and science kits. In order to unschool properly parents need to equip their home with learning tools.”

But does unschooling work? Many critics of the movement point out that kids, and parents, don't necessarily know what's best for a child's education. And since many unschooling families shun the notion of fitting their child’s learning into a percentile or ranking, there isn't much large-scale quantifiable data about how well or poorly they do. However, unschooling experts like James and Gathercole cite anecdotal evidence suggesting that unschoolers have been accepted into a wide variety of major universities (including the Ivy Leagues), and have gone into successful careers in fields as varied as arts and engineering.

What about socialization? Home education activist and author Heather Cushman-Dowdee says parents wanting to unschool should allay their fears of the isolated, unsocialized child. “Children are social,” she says. “My kids and other unschooling kids that I know are out in the world at large all the time. Talking to the postman, the waitress, the librarian, and willing to play with any and all kids of all ages and types on the playgrounds too.”

“My daughters have learned to read, to add, and to do countless other things practically by osmosis,” says Cushman-Dowdee. “And they are always so excited to show off what they figured out, and I’m beaming that they learned it on their own.” For parents who find themselves questioning the standard in-class/away-from-home school paradigm, unschooling just might be a good fit.

There are myriad resources and references for the parent considering unschooling, both in print and on the web. The works of John Holt (widely considered to be the father of the unschooling movement) are a good place to start, along with unschool expert Dayna Martin’s website www.unschoolingamerica.com.

Next Article: So You've Decided to Homeschool ... What Now?
We enable strictly necessary cookies to give you the best possible experience on Education.com.Cookie policy