What You Need to Know About the HPV Vaccine 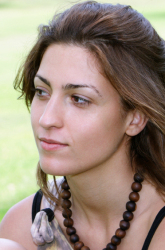 Collect This Article
2.5 based on 2 ratings
by Education.com

Got a daughter between the ages of 9 and 26? Tell her to roll up her sleeve; there’s a new vaccine in town, and it’s only for girls.

Gardasil recently celebrated its inaugural year as the FDA licensed immunization against Human Papillomavirus (HPV), the most common sexually transmitted infection. Why does the government want your daughter to get immunized? Because HPV is not only incredibly common, with 80% of women acquiring it by age 50, it’s also dangerous. Different strains can lead to painful genital warts and cervical cancer. Gardasil has been shown to protect girls against four types of HPV, including those that cause 70% of cervical cancers and 90% of genital warts.

Sounds great, you may be thinking, but my 11 year-old isn’t sexually active yet. That’s precisely why 11-12 years is the ideal age for the first shot (Gardasil is administered in three shots over six months).

“The vaccine works best when given prior to getting HPV infection,” explains Mark Einstein, MD, Director of Clinical Research for Gynecological Oncology at Montefiore Medical Center in New York, Chairman of the National Cervical Cancer Education Campaign and a member of the American Cancer Society committee that wrote the new guidelines. “Also, immune responses are better in kids than they are in adults, in general. So the idea is to give the vaccine prior to sexual exposure.”

If your daughter is older or is already sexually active, she can still receive the vaccine. Sexually active girls may have already acquired one strain of HPV, but the vaccine will provide protection against the others.

Although it’s still new at a year old, the vaccine is considered very safe. It is not a live vaccine and contains no mercury or thimerosal. Occasional side effects in the over 11,000 girls who have already been vaccinated include soreness at the injection site, a rash, and a low grade fever. As they get older, vaccinated girls will still require regular Pap tests, as the vaccine does not prevent all cases of cervical cancer. Scientists are still studying whether the vaccine is effective in older women and boys and whether booster shots will be required.

Not every insurance plan covers Gardasil, which costs about $120 per shot ($360 for the full course of three shots). Nonetheless, it’s a vaccine worth considering. There are more than 6 million new cases of HPV in the United States every year. Here's a way to ensure your daughter is never one of them.

Next Article: Making Schools Safe for Lesbian, Gay, Bisexual, and Transgender Students
We enable strictly necessary cookies to give you the best possible experience on Education.com.Cookie policy