What You Don't Know About the FFA 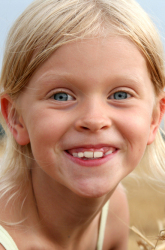 We are faced with a sea of acronyms everyday, so it's no surprise if the meaning of the FFA escapes you. When this organizaton was originally founded in 1928 to help educate the kids who’d grow up to feed the nation, it stood for the Future Farmers of America. The name was changed to FFA almost 20 years ago to reflect changing demographics and the reality that today’s agriculture students are as likely to be tomorrow’s businesspeople as farmers or ranchers. Think they have nothing to offer your city slicker? That’s because you don’t know today’s National FFA Organization.

“FFA is valuable to students whether or not they ever set foot in a farm field,” says Julie Adams, Team Leader, Marketing and Communications. “It makes math and science relevant. It offers hands-on, kinetic learning and real live examples of math and science.” There’s a reason kindergartens across the nation have children plant gardens and experiment with seeds. Says Adams, “It makes learning fun and makes the concepts stick.”

Although the rules stipulate only that members must be between 12 and 21 years old, 89% of FFA’s 490,017 members are in high school. Concurrent enrollment in an agricultural education class is a requirement, but many join to learn about leadership and personal growth, and for career development. Surprised? Don’t be. Agriculture is the country’s largest employer, with over 22 million employees. Most of those workers aren’t reaping and sowing. They’re employed in science and technology, in marketing, communications and engineering. The FFA website lists career development events not only in “meats evaluation” but also in public speaking, the environment, and natural resources.

To this end, the national organization offers conferences and competitions requiring public speaking, teamwork, problem-solving and workplace skills. It also distributes over $2 million a year in scholarship money. Local branches offer after-school programs, and many members begin earning money in their field while still in school. Membership dues are $5 per year, which includes a subscription to New Horizons Magazine.

Interested? Membership is almost evenly divided between farm country, small cities, and cities and suburbs. With 7210 chapters, including branches in New York City, Chicago and Philadelphia, there's probably a branch of FFA near you. Check it out at www.ffa.org.

Next Article: The Bottom Line on Camp Costs
We enable strictly necessary cookies to give you the best possible experience on Education.com.Cookie policy