Log in with different email
For more assistance contact customer service
Kindergarten
Kindergarten Math: What Happens from January to April?

Kindergarten Math: What Happens from January to April? 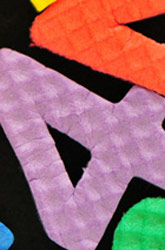 Addition and subtraction in kindergarten? Things sure have changed since the days of counting to three and calling it kindergarten math!  These days, math gets more advanced, and winter and early spring is when teachers get to the heart of it. Now that the first part of the school year is over and the concept of numbers and counting is firmly in place, math will be all about adding two sets of objects together. Then, just when you think your kindergarten kid has addition down, here comes subtraction!

While every school is different, there are some commonalities when it comes to kindergarten math. The months between January and April typically bring the start of addition and subtraction. Your child will also begin studying bigger numbers, such as the teens and twenties. Depending on the school district, even higher numbers may be taught at this time.

Use this list to stay on track with the math concepts that will likely make an appearance in your child’s classroom this winter and early spring, so you can help at home. Here are ten things typically covered in math during these months:

1. Counting, Recognizing and Writing Higher Numbers: Counting skills will continue to get lots of attention in the second part of the school year, but now, the focus is on higher numbers. Usually the teens and twenties are studied this time of year. It’s likely that your child might learn his twenties before his teens as the teen numbers can be tricky.

2. Use of Manipulatives: Manipulative is a fancy word for thing you can hold and play with. Addition and subtraction are  abstract concepts, and using toys and objects when teaching helps to make them concrete.  So in addition to learning that  "five minus two is three", kids might be given a set of five buttons and asked to remove two. Touching the objects and seeing them, as they work with the equation, helps to bring home the notion that there are three remaining.

3. Addition: That’s right, adding two numbers under ten is now a kindergarten skill! While addition facts are not usually memorized in kindergarten, young students should be able to figure out the answer to an addition problem through counting. Addition will be presented in sentence form (3+2=5) and also in vertical form.

4. Subtraction: Simple subtraction will begin to show up in your child’s classroom in the Spring. Manipulatives are used heavily, to help make subtraction a tangible concept. By summer, kindergarten students should be familiar with all the symbols associated with addition and subtraction as well (-,+, and =).

5. Fractions: Don’t worry, we’re not talking 1/8 + 1/8 kind of fractions, just simple ones. Kindergarteners learn to recognize halves, which will lead to symmetry at the end of the year.

6. Time: Get those old watches out and strap one to your little kid’s wrist. This Winter and Spring, kindergarteners start to tell time! Your child will learn the difference between a digital and an analog clock, as well as be able to tell time to the nearest hour on both. During January-April, kindergarteners also practice filling in the missing dial markers on analog clocks, in order to familiarize themselves with the layout. Help at home by quizzing your kid on which hand is the minute hand and which is the hour hand, and talking about what time it is, often. Be sure to keep some analog clocks around, too.

7. Money: Loose change in your pocket? Pull it out and put it to good use! Money makes an appearance in kindergarten.  Students learn the value of a penny, nickel, dime, and quarter. Coin recognition will likely take awhile to master, so expect it to be taught and reviewed several times. Practice makes perfect. So start talking to your child about the attributes that make each coin different, and have her sort your huge coin collection.

8. Hundredth Day: Most schools celebrate the 100th day of school in style. We’re talking hundreds of items to count, hundreds of snacks to eat, and special stories to read all about the 100th Day. Some schools set a goal for kindergarteners to be able to count to 100 by the end of the year, so 100th Day is a good time to rev your child up for the challenge. Take stock of where he is in his counting, and work from there, with graduation in mind.

10. Skip Counting: Skip counting is counting skipping every other number. Toward the end of the school year, your child may be challenged to fill in the missing numbers on a number line (with every other number left blank), so practicing counting by twos is important. Some kindergarten teachers also teach counting by fives or tens.

Whether it’s counting tens for the 100th Day of school, or counting two groups of objects and adding them together, number sense and counting is still at the foundation of all the winter and springtime math skills in kindergarten. Encourage your kindergartener to count as high as he can for you every day, even if that means listening to counting instead of the radio on your way to school! Add in some more challenging skills, subtract the frustration of number sense, and you’ve got an equation for math success in kindergarten.

Download Article
Next Article: Kindergarten Writing: What Happens April to June?
We enable strictly necessary cookies to give you the best possible experience on Education.com.Cookie policy