Log in with different email
For more assistance contact customer service
Outside the Classroom
Inspiring Creativity in Your Child
Are Corporations Abducting Your Child's Imagination?

Are Corporations Abducting Your Child's Imagination? 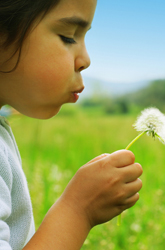 The world of make believe: it's one of the most coveted elements of childhood. But what if it was being eroded by toy companies and media conglomerates focused on profit? Harvard Psychiatry Instructor Susan Linn, Ed. D., author of Consuming Kids and The Case for Make Believe, says that seemingly dystopian scenario is happening right under our noses. Why would companies who have built a name on their commitment to children want to derail their natural abilities to play? Because, says Linn, many of these companies are first and foremost in the business of selling things and “kids who play creatively don't need things.”

For almost ten years, Linn has been fighting corporate marketers through the organization she co-founded, The Campaign for a Commercial Free Childhood—and all in the name of creative play. Play, according to Linn, isn't just silly kids' stuff: “It's the foundation of learning and critical thinking. It's how children first experience creativity. It's the way children make meaning of the world.” It's also a vehicle for children to work through their emotions in a safe way. “Play is a gift to us because it's a window into the hearts and minds,” she says.

That window is slammed shut when children are propped up in front of screens and given toys that require little imagination to be played with, Linn says. It's not that the television programs or the computer games are in themselves hurting children, she argues, it's the products being sold to children through those programs. You can't watch "Sesame Street" without buying Elmo. You can't see "Dora the Explorer" without being sold an entire line of Dora products.

The problem with media-based toys is that they provide a pre-imagined story line that takes the place of creative thinking. The main thrust of Linn's argument is this: if you hold up a sock puppet to a child, the child has to engage her imagination to come up with the puppet's character (a worm, a dragon, a little girl), a name for the puppet (Fred, Henry, Sally), and in that way the child's creative mind gives the object life. A toy from film or TV already has a name and a character. Elmo will always be Elmo.

What's more, many children know these scripts by heart, so that playing with the toy becomes less about imagination and more about remembering the script. “Screen media is a great memory aid, but it's a problem for creativity,” she says. “And creativity is a muscle you need to exercise.” In fact, an inability to deviate from a script during play is something Linn has documented in her own work as the Associate Director of the Media Center at Judge Baker Children's Center in Boston, and says it should be a sign to parents that their children need more open-ended toys.

And if that stuffed Elmo happens to be one that talks at the push of a button, guess what? “The toy gets to have all the fun,” Linn says. “If a child looks at a stuffed animal and says 'what does it do' instead of playing with it, they may be engaged too much in activities that are doing the play for them,” Linn says.

But rather than lay blame, Linn recognizes the challenges that parents face. She says it's never been harder to be a parent-- what with trying to provide your child with a healthy environment in which to grow while the marketing companies find ever-more clever ways to make your child want their product. “This is the first generation of parents that have to struggle with commercialized culture,” she says. The good news? You don't have to move to the Alaskan wilderness in order to preserve the world of make believe for your child. Instead, here are some of Linn's suggestions from her book, The Case for Make Believe:

The bottom line for Linn is that play is a gift that's being squandered. “We are born with the capacity to transform reality, and today we are raising kids who don't have that opportunity,” Linn says.

Not only does this lost opportunity have implications for each individual child, but it also has implications when it comes to the United States competing in a global economy. Many today argue that kids will need to be tech-savvy in the 21st century. Linn argues that kids will also need to be able to tell the difference between authenticity and hype. “Without it they'll be at the mercy of the marketing industry.”

Next Article: The Entertainment Industry's Effect on Children
We enable strictly necessary cookies to give you the best possible experience on Education.com.Cookie policy