Log in with different email
For more assistance contact customer service
School and Academics
College Choices
Is a Women's College Right for Your Daughter?

Is a Women's College Right for Your Daughter? 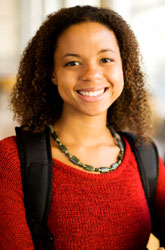 If you have a daughter in search of the right college, you may be considering a women's college. There are many factors to consider when you add all-female institutions into the mix. It has distinct benefits, and may be appropriate for a girl seeking a different academic and social experience in college. But how do you know if your daughter will thrive in such an environment, and what can a women’s college offer her that coed institutions may not?

Over the years, proponents of women’s colleges have claimed that single-sex institutions offer girls a challenging but empowering learning atmosphere. A 2007 study at Indiana University’s Center for Postsecondary Research indicated that females at women’s colleges, in fact, are more engaged in academics and receive higher levels of support from peers and faculty. The study, called “Women Students at Coeducational and Women’s Colleges: How Do Their Experiences Compare,” is based on data from first-year and senior students at 26 women’s colleges and 264 other four-year institutions, compiled in the 2007 National Survey of Student Engagement (NSSE).

According to the study, the advantages of women’s colleges include the accessibility of more female mentors among faculty and administration, a higher number of students in math, science, and engineering, and substantial opportunities to become leaders. For example, Hillary Clinton, Nancy Pelosi, and top journalists Barbara Walters and Diane Sawyer are all graduates of women’s colleges. The study also reports that, compared to females at coed campuses, students at women’s colleges collaborate on a higher level with peers, interact in a more racially, economically, and socially diverse setting, develop a desire to contribute to their community, and gain a deeper understanding of themselves.

“While many prospective students might consider the fact that we do not have men in our undergraduate program to be a disadvantage, we believe otherwise,” says Andrew Modlin, the executive director of enrollment management at Mary Baldwin College in Staunton, Va. At Mary Baldwin, similar to other women’s colleges like Mills College in Oakland, Calif., and Smith College in Northampton, Mass., resources for academics and athletics departments, for instance, aren’t split between men and women. The student government and clubs at women’s colleges are run entirely or mostly by females, offering many leadership roles. “There are over 200 student leadership positions in on-campus organizations, all of which are filled by women,” says Modlin. Mary Baldwin is led by a female president, 65 percent of its board of trustees are women, while more than half of the faculty is female. “We provide many female role models on campus,” he says.

According to the study, students at women’s colleges also show higher gains in general education. A single-sex school, then, may be fitting for your daughter if she seeks a strong program in math, biology, or computer science, but also a strong liberal arts curriculum. “ In comparing campuses, remember that women's colleges have more in common with small liberal arts colleges than large universities,” says Patrick Sweeney, an adjunct professor of history and government in Houston, Texas. If your daughter is attracted to small, private, coed liberal arts colleges like Occidental College – where President Obama attended before transferring to Columbia University – she may find a women’s college to her liking.

Although women’s colleges offer unique advantages, they aren’t without shortcomings. Not all females at women’s colleges have engaging and positive experiences, the study asserts, so it’s important to carefully take your daughter’s personality and specific needs and interests into account. Here are a few things to consider when making this important decision:

There are dozens of well-respected women’s colleges across the country known for rigorous academic programs, diverse student populations, and unique offerings. If your teen is interested in such an institution, be certain to use this guide to jumpstart her search.

Next Article: The Importance of Parental Support During the First Year of College
We enable strictly necessary cookies to give you the best possible experience on Education.com.Cookie policy