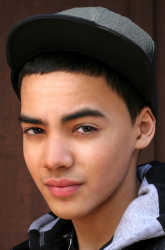 John Student works at a local hardware store after high school, opening packages with a box cutter in the warehouse. He forgets to remove the box cutter from his backpack and brings it to school the next morning. The metal detector goes off. He has brought a weapon to school. The result? Automatic suspension. Fair or unfair? Does the punishment fit the ‘crime’?


“Zero tolerance” for possession of a weapon or drug, or disciplinary problem in schools is a fairly new phrase with a wide scope of definitions. Its repercussions vary from state to state, and even school district to school district. In theory, most parents and educators agree that zero tolerance for specific infractions can be a good thing. It sends a message of official seriousness. It acts as a deterrent for bad behavior, drug-use, weapon possession and the like, and it’s logical to think that it’s keeping your child safe from dangerous influences, at least on school grounds. However, it has received mixed reviews from parents, educators, students and members of the legal community.


Jamin Raskin, Law Professor at American University Washington College and author of We the Students: Supreme Court Cases for and About Students, suggests that, though the concept of zero tolerance seems fairly clear-cut, the reality is anything but. “There is no method to gauge the success of zero tolerance because nobody really knows what it means,” he says. “There is no one agreed-upon definition.” And, while zero tolerance may  be making schools safer, it could be creating more problems in the long run. Says Raskin, “Often the children who are expelled due to zero tolerance receive no rehabilitation and are sent down the school to prison pipeline.”


So, does it ever work? Of course. You can have the student who brings a gun or drugs to school with ill-intent, and that student can be punished immediately with expulsion. And with the memories of school shootings fresh in the minds of every parent, there seems no logical alternative to taking a tough stand against violence and drugs in schools.


But kids make mistakes. And where there is a zero tolerance policy in place, those children may be detained, suspended or expelled, often without due process. “Zero Tolerance, Zero Evidence,” a 2000 study by the Indiana Education Policy Center, notes examples of expulsion for such infractions as possessing a nail-clipper, butter knife, or squirt gun. And while notes and conversations containing threats or destructive fantasies can be a warning sign of violence to come, “zero tolerance” can undermine a student’s right to free speech, too.

Being suspended for a first-time infraction can be damaging to a student’s sense of self-worth, as well as his trust in “the system.” It can embitter kids and give them the feeling that their government is unfair. These children are labeled trouble-makers, and a sense of disillusionment heightens the danger that they could indeed become real trouble-makers.

Schools are struggling to curb violence and drug use, problems that seem to be on the rise, and should be given credit for the difficult job at hand. But although zero tolerance is being implemented in the name of bettering society, it doesn’t come without risks. Raskin says, “Young people today are getting profoundly mixed messages about what it means to be part of a community.” And while students feel threatened at school – with a nasty note, a loaded squirt gun, or a drastic penal policy - being part of a learning community is no easy task.