Log in with different email
For more assistance contact customer service
School and Academics
Politics and Education
A Nation at Risk: 25 Years On 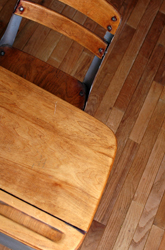 This spring marks the 25th anniversary of what many call a turning point in American public education: the release of “A Nation At Risk.”

The education reform document, written by the National Commission on Excellence in Education, came out in 1982 to a wave of publicity. The report determined that the system of education in the United States was failing to meet the needs of the competitive workforce, citing tanking SAT results, poor test scores from the National Assessment of Educational Progress (considered the nation's report card) and sliding graduation rates. It most famously said that a “rising tide of mediocrity” was threatening our nation, and the report offered 38 recommendations to turn things around.

So, what has changed since 1983? Have those recommendations been realized? Everyone in the world of education seems to have an opinion on this issue—some say test scores show us slipping farther behind other nations while others say the test scores don't show the whole picture. However, most in the world of education reform would agree that not much has changed since a “A Nation at Risk” first came out.

ED in '08, a campaign launched by the nonpartisan organization Strong American Schools, recently released a report called “A Stagnant Nation: Why American Students Are Still at Risk,” berating politicians for allowing schools to linger in mediocrity. Ed in '08's report grades the progress made for the Commission's main recommendations. Here's what they had to say:

"A Stagnant Nation" concludes that America needs strong leadership to lessen the sway that special interest groups have over public education and to “strike a better balance between local control and national action.”

But is it really all that bad? Not according to the Department of Education, who also released a report marking the 25th anniversary of "A Nation at Risk." Its essential message is that while we still have a long way to go, at least No Child Left Behind has launched an accountability movement.

Watson Scott Swail, Ed.D., President and CEO of the Educational Policy Institute, says that people shouldn't be surprised by the sluggish pace of school reform: the public education system in the U.S. is responsible for 5 million children every single day. “It's an enormous system. Large scale changes are very difficult.”

But perhaps the log jam is in part due to the unrealistic nature of the Commission's recommendations. "A Nation at Risk" suggests that curriculum be synchronized across all states—a huge feat considering that local control of education is written into the U.S. Constitution. According to Swail, a national curriculum is a lofty idea, at best. “We don't have the political climate at all to suggest that's a possibility,” he says.

Similarly, while performance-pay is a good concept, Swail says it won't work in practice. “You tell me who gets the merit and who doesn't? The teacher who has the high-performing students, or the one struggling away with low-performing students? Education is different than a regular industry, and trying to apply industry standards like performance-pay is naive,” he says.

There's a concern that "A Nation at Risk" has actually done more harm than good over the last 25 years. Some critics say it sparked the trend towards narrowing the curriculum in order to boost math and reading scores, while sacrificing other subjects like science, language, art and music.

“NCLB has set a dangerous precedent in terms of the role of test taking. Tests are an indicator, but they're only one, and you have to balance these things,” Swail says.

In fact, Swail says staving off pressure to teach to the test is one of the few things that public education has managed to do in the past 25 years. “We've continued to develop curriculum to create thinkers, instead of rote memorizers, and that's really important,” he says.

But, while "A Nation at Risk" triggered a lot of talk, and some action, it's hardly the first time someone tried to put the jumper cables to the education system. Swail points out the reforms in science curriculum following the launch of Sputnik in 1958, and the passing of the No Child Left Behind Act in 2001. What will happen in 2028? That'll be up to your child's generation.

Next Article: Is Race to the Top Making the Grade with Teachers?
We enable strictly necessary cookies to give you the best possible experience on Education.com.Cookie policy