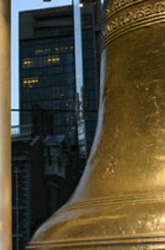 “I am apt to believe,” wrote John Adams in 1776, regarding what would eventually become America’s Independence Day, “it will be celebrated, by succeeding Generations, as the great anniversary Festival.” And he was right—for the most part. Adams got it all except the date: “the Second of July, 1776, will be the most memorable Epocha, in the History of America.” So has America spent over two centuries celebrating the wrong date? Not exactly . . . but you’d better dust off that history book just the same and get ready to reconsider some popular Fourth of July misconceptions.

So many myths abound about the actual date of Independence Day that it’s worth debunking exactly what July 4th doesn’t mark:

. . . the date the 13 colonies declared their independence from Great Britain.

Nope. The Continental Congress did that on July 2nd, actually. July 4th is just the date that the document we now know as the Declaration of Independence was adopted. And if you want to get technical, several such declarations of independence were made at the town, county or colony level prior to the history-making July 2nd declaration.

. . . the date Congress signed the Declaration of Independence.

Guess again! It took until August 2nd before most signers put their John Hancocks to parchment; some, however, didn’t sign until even after that, and the New Year had already rolled around by the time the signers’ names were made public.

. . . the date the new nation celebrated its independence.

History might have been different had Jefferson used Twitter to convey the glad tidings of his fledgling nation’s independence, but communication being what it was in the 18th century, it took a while for word to get out.  Philadelphia celebrated on July 8th and Washington read the declaration aloud to an animated crowd on July 9th in New York City, but poor England didn’t get the memo until August.

Not only was it not even called the “Liberty Bell” until the 1830’s, the famously cracked national icon was allegedly only one of several bells that rang out our newfound freedom . . . on July 8th, when the declaration was read in Philadelphia. So where did we get the story about the Liberty Bell’s momentous and solitary peal? Try author George Lippard, who invented the yarn for his 1847 account of the first fabulous 4th and thus created an American symbol.

Myth #3:  The colonies celebrated the first 4th of July with fireworks.

As amusing as it is to picture George Washington twirling a sparkler on the lawn of the White House (which he couldn’t have, by the way, as the White House hadn’t been built, nor was Washington, D.C., even the seat of the new government in 1776), it didn’t happen. In fact, when word got around in New York about the upstart colonies finally proclaiming their liberty, a statue of George III was destroyed to commemorate the event. Fireworks didn’t become customary until 1777, which is when big cities like Philadelphia, Boston and Charleston let loose with cherry wheels, rockets and shells. Not surprisingly, several decrees banning patriotic pyrotechnics due to fire danger followed hot on the heels of this first explosive display.

Myth #4: The new United States declared the 4th of July a federal holiday following the Declaration of Independence.

Technically, this one isn’t a myth. The United States did declare Independence Day a national holiday following the Declaration of Independence—nearly one hundred years later in 1870, when it was made an unpaid holiday for federal employees. Party-loving patriots would have to wait another sixty years later until 1931 before it became a paid federal holiday.

As with most holidays, fact and myth blend together to form tradition. “The United States is the only country with a known birthday,” politician James G. Blaine claimed in the 19th century. Maybe America the Beautiful is fudging her age by a day or two, but knowing that doesn’t decrease our fun in celebrating all 233 glorious years of her. Happy Independence Day!