Log in with different email
For more assistance contact customer service
Parenting and Families
Parenting
The Amy Chua Question: Are We Raising Quitters?

The Amy Chua Question: Are We Raising Quitters? 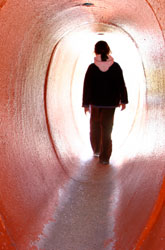 Vince Lombardi once said, “Winners never quit and quitters never win”—and no one champions this attitude in parenting more than Amy Chua, self-proclaimed “Tiger Mother” and author of the hotly debated parenting memoir Battle Hymn of the Tiger Mother. The strict Chinese upbringing experienced by Chua’s two daughters—and the girls’ subsequent successes, including Ivy League schools and Carnegie Hall performances—has many American parents wondering if they too should be pushing their kids a little harder.

At the heart of the “Tiger Mother” controversy is a fear that many American parents are reluctant to acknowledge—fear that our self-esteem-centered, “everyone’s a winner” culture might be hurting our kids, and fear that the U.S. continues to lag behind the East both academically and economically. Could permissive “Western” parenting actually be teaching our kids to fail?

Maybe, says renowned psychologist Dr. Susan Bartell. In one of her nationally syndicated parenting columns, Bartell writes, “If you give in to your child’s crying or tantrum, thereby allowing him to give up, you give him the clear message that you don’t think he can succeed.” That critical point of frustration, Bartell argues, is worth pushing past when the pride of achievement is right there on the horizon.

Amy Chua would agree. Chua’s account of rearing her daughters can come off as provocative, if not downright incendiary:  No playdates. No sleepovers. No TV. No playing instruments other than the violin or piano. And an A-minus is unacceptable. In short—and in Chua’s own (tongue-in-cheek) words: “[T]he only activities your children should be permitted to do are those in which they can eventually win a medal . . . that medal must be gold.”

It may seem harsh, but to Chua, the East vs. West parenting dichotomy comes down to self-discipline vs. self-esteem. “Western parents worry a lot about their children's self-esteem,” Chua says in a recent Wall Street Journal article. “But as a parent, one of the worst things you can do for your child's self-esteem is to let them give up.”

Chua illustrates this point vividly in her book through an anecdote involving a difficult piano piece. 7-year-old daughter Lulu is threatened with the loss of privileges and ultimately denied even water and restroom breaks until she masters the piece. To Chua’s husband, his wife’s reaction comes off as severe, but Chua insists it was all in the name of motivation:  “[T]here's nothing better for building confidence than learning you can do something you thought you couldn't.” In the end, Lulu masters the piece and mother and daughter share a congratulatory snuggle before bed.

To Quit, or Not to Quit

Though this example may seem extreme to most parents, it raises a critical point:  at what point is it okay to let your child quit? “How do I know when to hold or fold?” asks child and family mental health counselor Gary Unruh in his commentary “To Quit or Not to Quit.” “That's the predicament I've heard from every one of the 2,500 parents I've counseled during the last forty years.” He acknowledges the advantages of sticking it out in his Unleashing Parental Love blog, but cautions parents against tough love approaches that reject the development of a child’s individuality: “Superior parenting,” he writes, “is balanced parenting.”

The Big Book of Parenting Solutions: 101 Answers to Your Everyday Challenges and Wildest Worries, by Michele Borba, Ed.D., shares five things for parents to consider when a child asks to quit an activity:

If this is the case, the book stipulates, “it’s probably best to move on, but let your child know you appreciate that she tried her hardest.”

If nothing else, Chua’s memoir has made many parents reconsider the way they deal with children who want to throw in the towel too soon—and that’s not necessarily a bad thing. But Chua, by her own claims, is being somewhat ironic about the “extreme” parenting techniques she touts in the book; her defiant youngest daughter is eventually allowed to put the violin down and pick up tennis (at which, unsurprisingly, she also excels). Most experts agree that good parenting requires a little bit of the cheerleader and a little bit of the taskmaster, and finding a good balance between the two comes from understanding your child’s individual needs. Says Chua, “All decent parents want to do what's best for their children.”

Have an opinion, or want to read what other parents have to say about the Amy Chua question? Join our online debate.