8 Basic Life Skills to Teach Teens Before They Move Out 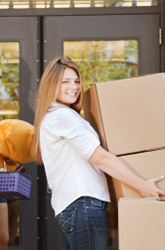 Are your chicks flying the coop ready to take on the world? Despite academic success and a strong extra curricular schedule, your teen may not be as prepared as you think. A 2011 study from the Global Conference on Innovations in Management discovered “a strong academic record does not always translate into professional success.” Their surprising findings are raising a lot of questions in our modern school system, namely: after nearly two decades years of school, tutoring, support and advice why do some kids struggle in the real world?

Two words: life skills. Many schools no longer teach skill-based classes, but they’re exactly what kids need to transfer academic prowess into real world success—instead of a minimum wage mall job. Read on to discover some simple tools that can help your child succeed when it’s time to stretch his wings and find a career that’s sustainable and makes him happy.

As a parent, it’s your job to give your child the best possible chance of success. A good education is a great start, but it’s not the end of the road. Kids have to learn to apply a few practical rules of living to support what they learned in school. Teach them to him now and he’ll use those wings to fly from the nest poised for success—not a boomerang return to your living room couch.

Next Article: Teach Your Kids Street Smarts Without Scaring Them Silly
We enable strictly necessary cookies to give you the best possible experience on Education.com.Cookie policy