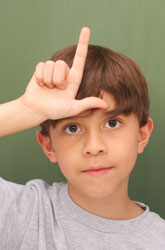 From California to Rhode Island, school systems are being challenged by tough economic times, and administrators are handling dwindling finances in a variety of ways. That includes reduced hours for some workers, furlough days for others, salary cuts, and increased costs for insurance for many teachers and school employees.

These challenges continue to have a crushing impact on teachers, according to Francine Morris, a speech, language and pathologist specialist for 42 years in Toledo who has spent the past 15 years as president of the Toledo Federation of Teachers. "The morale issue is significant," she said. "Teacher morale has lowered over the last several years in the face of cutbacks."

Patti Kinney, a former teacher and associate director of Middle Level Services for the National Association of Secondary School Principals, said the issue affects teachers, principals and other school staff.  "As I talk to principals and teachers, it is demoralizing in a lot of regards," she said. "We're not only losing resources and colleagues, but we are being held to higher levels of accountability at the same time. So, people are struggling to do more with less and less."

Kinney said she tells principals to keep the lines of communication open with their staffs. "There's nothing worse than feeling like you were blind-sided by some kind of budget cut," she said.

Kinney says she urges principals to get feedback from their faculty and staff. In the end, the tough decisions are theirs to make, "but your staff will appreciate considering their input, even if the final decision is bad news for them."

Kinney, Morris, and Smith and others agreed that battling low morale is a little easier with the strong support of parents. In fact, they said there are several ways parents can help:

In the end, though, the battle against morale is often a one-person fight, teachers and principals said.

"You just have to be positive," said Breese. "I still know that when I show up in the building, I am having such a great time … You can't go into the building unless you love what you do."

Next Article: What Teachers Really Want From Parents
We enable strictly necessary cookies to give you the best possible experience on Education.com.Cookie policy