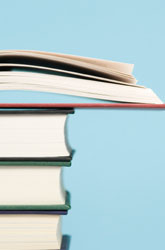 February is Black History Month--a celebration of the struggles, victories, and contributions of African Americans. It's a time to remember the important people and events that shaped the African diaspora and the America they played a pivotal role in creating. Carter G. Woodson began the remembrance in 1926, choosing February because it marked the birthdays of two Americans who greatly influenced the lives of African Americans: President Abraham Lincoln and abolitionist Frederick Doulgas.

Reading is one of the best ways to learn about and collectively remember people and cultures. Here are five great books to help you and your child celebrate Black History Month.

Free to Be You and Me: Special 35th Anniversary Edition by Marlo Thomas and Friends

For those of you who cherished this book as a child, it's back and better than ever--with new illustrations of the old stories, poems, and songs by some of the most famous artists in the world. This book is a celebration of individuality; it shows kids that it's okay, and even wonderful, to side-step stereotypes with flair, creativity, and soul. It also teaches kids the importance of having compassion for others who may be different from you. These are both concepts that lived at the core of the 1960's Civil Rights Movement that eventually won many rights for African Americans. The sentiments of thirty-five years ago are still relevant to kids today, and the modern artwork and accompanying musical CD brings the message to life for a new generation of kids, preschool and up.

This selection of Maya Angelou's poetry is brought to life with the stirring illustrations of Jerome Lagarrigue. The compilation features twenty-five of Angelou's most powerful poems, from the playful “Harlem Hopscotch” to the prideful “Me and My Work” to the soul-stirring “Still I Rise," and others portraying the historic struggles of African Americans. Each poem comes with an introduction detailing its historical context and meaning, plus definitions of tricky words. This volume is a wonderful way to celebrate black history with second and third graders.

Duke Ellingon: His Life in Jazz with 21 Activities by Stephanie Stein Crease

This interactive book tells the story of one of America's most influential musicians and the genre of music that he helped to create. Duke Ellington's life in Jazz is part of a rich fabric of African American history--and American history-- and Crease gives an in-depth look at the influences that shaped the man, and the legacy he left behind for the next generation of musicians. Kids will learn about the evolution of jazz from the piano rags of the early 20th century to the big band sounds of the 1940's and beyond. Photographs and almost two dozen creative and musical activities help to bring the story alive for kids. They'll learn how to compose a ragtime rhythm, make a wash tub bass, dance the Lindy Hop, and design album and sheet music covers. This is a great musical adventure for third and fourth graders.

This book introduces kids to Rosa Parks and the Civil Rights Movement that she helped to spark. With clear language and rare documentary photography, Ashby tells the story of the 42-year-old seamstress from Montgomery, Alabama, who stood up to inequality by refusing to move to the back of the bus. Parks' version of civil disobedience took the form of a simple protest--making her story accessible to children. The message of hope, courage and justice shines through the violence of those times, and lifts her up as an inspiration to future generations. A great life story, and a great read, for fifth graders.

This graphic novel tells the history of African Americans with honesty, art, keen perception, and humor. Take the magnitude and scope of The People’s History of the United States and make it consumable for teens—complete with gripping comic-book illustrations, understandable language, and a witty narrator, to boot. Starting with the arrival of Africans to Jamestown in the 17th century, this book takes teens through the annals of black history—from the slave uprisings leading to the Civil War, to reconstruction, to the Civil Rights Movement, and the election of President Barack Obama. From famous names like Booker T. Washington to little-known figures, such as Carter G. Woodson, the father of Black Studies, Still I Rise tells the story of the black people who shaped America culturally, economically and politically. Perfect for middle schoolers and high schoolers.