Log in with different email
For more assistance contact customer service
Outside the Classroom
Parenting in the Digital World
Broadband Access: Is Your Child at a Disadvantage? 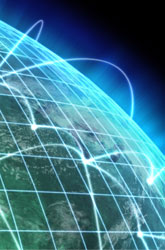 According to the National Center for Education Statistics (NCES), in 1994 only 35 percent of public schools in the United States had access to the Internet. In 2001, 99 percent had access. That’s a pretty dramatic increase in a relatively short amount of time.

What about that remaining one-quarter of schools? Many of them are in rural areas, and a lack of broadband is just one of many challenges when it comes to equitable learning opportunities. “It’s been more important for the rural students, because the broadband can bring in things like virtual field trips and course content in a time when there’s teacher shortages,” says Ann Flynn, Director of Education Technology for the National School Boards Association (NSBA).“This expands their world as well as providing them with the core content skills that they’ll need to be successful in college.”

Flynn points to Internet-based programs used in classrooms and school libraries such as TakingITGlobal and Global SchoolNet, which allow students to interact with students around the world—and also require broadband connections to work. “These are two good examples that have a host of different projects and initiatives that run over broadband technologies,” Flynn says. “That ability to see and talk with someone on another continent is pretty compelling.”

Julie Walker, Executive Director of the American Association of School Libraries (AASL), agrees that the ability to access these kinds of programs is necessary for 21st century students. “It’s more than just having the wire or the pipe; it’s having the kind of learning experiences that connect students,” Walker says.

There’s a sense among educators and policy makers that the United States has some significant catching up to do with other developed nations and their education systems. Walker says digital literacy skills are going to be crucial for students to attain and make good use of the information available to them on the Web. “Digital assets do no good unless people have the digital skills to find and use them,” she says.

How can schools get the broadband they need at a time when school budgets are being tightened? The Federal Communications Commission (FCC) has developed a National Broadband Plan. Lucy Gettman, Legislative Lobbyist for NSBA, explains that the broadband plan is not a self-effectuating mechanism. “In order to implement the recommendations, the FCC will have to take regulatory action, or Congress will actually have to take some action,” Gettman says. So in the case of the plan’s recommendation to modernize the educational broadband infrastructure, including making changes to the regulation of E-rate, the FCC will have to make decisions.

“E-rate has been very successful in getting the majority of schools and libraries connected to the Internet in some fashion,” Gettman says. “And we’re looking forward to proactive regulatory action by the FCC to increase the availability of E-rate discounts for libraries and schools.”

The recommendations of the plan also include removing barriers to off-hours community use of E-rate funded resources, providing E-rate support for internal connections to more schools and libraries, and raising the cap on funding for E-rate each year to account for inflation.

The plan extends to beyond access, and encourages schools adopt digital literacy standards, curricula, and assessments. This is critical, Walker says, for students to compete on a global scale. And she says these digital skills need to be developed and nurtured in students as young as age five. “Most people think about older learners with informational and digital literacy, but this is something that should begin in kindergarten,” Walker says.

How and when will the Broadband Plan become a reality? According to Gettman, some of the plan recommendations can be implemented by the FCC through regulation. The FCC released an Action Agenda a few weeks ago, describing items to be completed before the end of the calendar year. Gettman says recommendations relating to E-Rate, such as raising the cap by indexing it to inflation, could happen soon. "Other recommendations must be enacted by Congress, and others must be implemented by other government agencies," Gettman says, "so there is not a single time frame for implementing all the recommendations, and it is difficult to predict how long they will take."

Take a look at the National Broadband Plan online to find out more details. Also of interest might be the AASL’s Landmark Websites for Teaching and Learning; your children can make good use of these websites at home with your broadband connection!

Next Article: Choosing Video Games for Your Kids
We enable strictly necessary cookies to give you the best possible experience on Education.com.Cookie policy