Can Emotional Intelligence Be Taught? 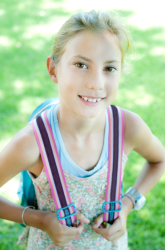 From the moment a child is born, his parents invest time and money to help him excel. They read to him every night, teach colors and numbers early, and oversee his homework once he enters school. They know that a good education is crucial to his success, but what about emotional intelligence? Emotional intelligence has been linked to excellence, but can it be taught?

Donna Housman, Ph.D, a clinical psychologist and the founder of the Beginnings School in Massachusetts, says it can. Social-emotional learning (SEL), which she says improves emotional intelligence, is the foundation of her school’s program. “What we have uncovered from research and nearly 30 years of introducing and incorporating the building blocks of emotional intelligence into our curriculum is that when children are able to become aware of their emotions and those of others and learn how to manage their emotions more constructively and effectively, they are better able to attend and focus on learning,” she says.

The Importance of Emotional Intelligence

An emotionally intelligent child can control his impulses, so he’s less prone to temper tantrums and other bad behaviors. He also knows how to delay gratification, so he can wait patiently for dessert until everyone at the table’s finished their main meal, for example. An emotionally intelligent child is resilient. He can manage life’s ups and downs and care for and protect his emotions. He also knows how to read people’s social cues. Research suggests these abilities bring many positive results in all facets of life.

Housman says social-emotional learning creates the “building blocks” children need to develop their emotional intelligence. These building blocks include the ability to recognize emotions and identify the ones they’re feeling, an awareness of how to connect feelings to behaviors, and the ability to appropriately express emotions and control their intensity. As children become more in tune with their own feelings through social-emotional learning, they also tap into the emotions of others.

The Resolving Conflict Creatively Project is a long-running program in more than 400 U.S. schools that teaches K-8 students conflict resolution and interpersonal skills. A report on the project’s impact at four New York City school districts showed that teachers observed 71 percent less physical violence in their classrooms and 66 percent fewer incidents of verbal teasing and insults after implementing the program.

Another report showed that in Atlanta schools that adopted the project, student violence went down, self-esteem went up, and fewer students dropped out or were suspended. Both studies showed students better able to accept differences among their fellow students and use conflict resolution in academic and nonacademic situations.

Academic researcher John Payton explored the link between social-emotional learning and academic performance in 2008. His team’s review of 317 studies involving more than 300,000 5- to 13-year-olds found that children who participated in social-emotional learning programs typically scored 11 to 17 percentile points better than those in control groups across a range of subjects.

“Although some educators argue against implementing this type of holistic programming because it takes valuable time away from core academic material, our findings suggest that SEL programming not only does not detract from academic performance but actually increases students’ performance on standardized tests and grades,” Payton says.

He also found their social and emotional skills improved, misbehavior and aggression were reduced, and students had greater self-esteem and less emotional distress, without any drop in academic performance.

SEL in the Classroom

“Children are born ready to learn,” Housman says, so she believes it’s vital to develop emotional skills to lay the foundation for their academic success. In Payton’s research, the most marked effects were seen in young students, which is consistent with Housman’s belief that social-emotional learning works best when minds are young and “malleable.”

Next Article: Helping Children Manage Their Feelings
We enable strictly necessary cookies to give you the best possible experience on Education.com.Cookie policy