Log in with different email
For more assistance contact customer service
Outside the Classroom
Television, Children, and Teens
Can TV Teach Your Kid to Read?

Can TV Teach Your Kid to Read? 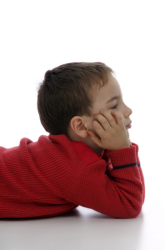 Collect This Article
4.1 based on 21 ratings
by Education.com

Cliff Hanger, the long word freak-out, the Smarty-Pants Dance, those mysteriously-floating jewel-toned lips that teach about vowel sounds using jazzy riffs and beautiful harmonies; the list of things to love about PBS children's series Between the Lions goes on and on. The show is fun. But can it really teach kids to read?

According to a slew of surveys conducted by some very well-known universities... yes. Or at least it can significantly help. Thanks in part to these findings, the Corporation for Public Broadcasting (CPB) recently announced its commitment to funding seasons seven and eight of the popular television show.

During the two consecutive school years (2004-2005 and 2005-2006) that eleven Tribal Head Start programs in New Mexico implemented the Between the Lions American Indian Head Start Literacy Initiative project in 48 of their classrooms, students showed dramatic improvements in early English literacy skills. For example, before the project children knew, on average approximately six letters. By the end of their participation they knew about nineteen, according to a study by the University of Pennsylvania's Annenberg School for Communication. The number of children considered at risk for reading failure dropped from 39 percent to 12 percent as measured by the popular screening tool, Get Ready to Read.

Could your kid be next? Would he learn his alphabet and master his phonics if only you switch from Sponge Bob to Between the Lions? Unclear. But at the very least, he'll probably love that Smarty-Pants dance.