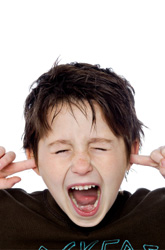 We've all zoned out of a boring conversation, forgot our homework and squirmed in our seats—but if you're the parent of a child with Attention Deficit Hyperactivity Disorder, or ADHD, occurrences like these affect every aspect of your kid's life. From emotions to school performance, children with ADHD often struggle to retain focus and control of their impulses.

So, what causes ADHD? Chances are, you've heard it all—from the environment to poor parenting to drinking soda and even watching TV. However, the causes of ADHD still aren't fully understood. Dr. Cecil Reynolds, PhD, author of The Energetic Brain: Understanding and Managing ADHD says, "ADHD is so often misdiagnosed and when you have a group of kids who are misdiagnosed, it throws off the research, making it more difficult to determine a cause." Despite the difficulty, many causes of ADHD have been suggested and examined by the medical community, including:

Although precise causes have not yet been identified, there is little question that early intervention is important. Dr. Sam Goldstein, PhD, Clinical Director of the Neurology, Learning and Behavior Center, says, "Somehow there is an erroneous belief, one that I believe that stems from the medical field, that knowing the cause of ADHD somehow leads to a better solution. As far as I am concerned, for children's developmental, learning and behavioral problems, cause may be interesting, but does not necessarily lead you any closer to functional intervention and positive change over time." As the debate over the causes of ADHD rages, studying the risks may one day help researchers prevent the disorder before symptoms develop. In the meantime, if you're concerned about whether or not your little one may have ADHD, you don't have to go through it alone. Get the facts by talking with a specialist, joining an organized support group for parents of children with ADHD, and visiting the CHADD website. And if your child has ADHD you can help your child by doing the following:

Although as parents you can't cure ADHD, developing a plan of action to help your child and sticking to it will establish a supportive environment for her and you both.