Log in with different email
For more assistance contact customer service
School and Academics
Other College Savings Plans and Ideas
Funding the Future: What Parents Should Know About Child Development Accounts

Funding the Future: What Parents Should Know About Child Development Accounts 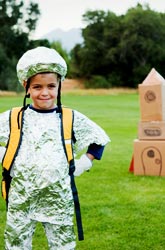 Estimates say that the average cost of a four-year degree from a public college will cost roughly $92,900 by 2028. Experts urge parents of today’s newborns to start saving for those babies’ college education now.

For new parents struggling to pay for diapers and formula puréed carrots, the idea of setting aside money for something 20 years away might seem out of touch and more importantly, out of reach. But pilot programs and research across the country are working toward the goal of having a college savings account for each and every American baby set up at birth.

The idea, referred to as a “child development account,” came from Michael Sherraden, founder of the Center for Social Development at Washington University in St. Louis. While most discussion focuses on using that savings for college, the accounts could also help children buy a home or start a business when they reach adulthood. Parents would be able to add money to the accounts and governments or charities could match those contributions.

Margaret Clancy, college savings initiative director at the Center for Social Development, says research shows that these kinds of accounts positively impact the children who have them. She says, “these kids are seven times more likely to attend college than their counterparts without accounts.” And kids with development accounts are more motivated to do well in school, better preparing them for higher education.

Tax incentives are available for setting aside money for your child’s higher education—or anyone else’s education, for that matter—through an investment account known as a Section 529 plan. States offer many of these plans year round.

Countries such as Canada, Singapore and the United Kingdom already have child development accounts in place for their nations’ children. In the United States, these accounts or similar programs exist in some communities, but there’s no general infrastructure in place to get the ball rolling and the accounts work differently in different areas. Moreover, there’s no easy way for parents to learn more about how to actually set one of these accounts up for their newborn. Proposals for child development accounts or similar programs have been introduced and re-introduced in Congress over the past several years, but nothing yet has seemingly stuck.

Clancy says Maine offers this country’s closest thing to a child development account. As part of the Harold Alfond College Challenge, each child born to state residents, or adopted by Maine parents, is eligible for a $500 grant from a foundation set up by the late philanthropist Harold Alfond. To get the money, a Maine Section 529 plan must be opened in the child’s name before the infant’s first birthday.

Beth Bordowitz, chief executive officer of the Finance Authority of Maine, says the program has been successful. About 5,000 babies have been born in Maine in the 18 months since the statewide program started, and 40 percent of them have accounts. The idea is to encourage parents to set aside more money for their children in addition to the $500 seed money. So far, 27 percent of the accounts have received extra contributions, and for every four accounts opened with the grant, an account has been opened for a baby’s sibling, says Elizabeth Vanderweide, manager of the grant program. These are positive trends and many hope that Maine’s initial and continued success with the accounts will inspire other states to try something similar.

In Oklahoma, the Center for Social Development is studying child development accounts with a privately funded pilot program. Called SEED for Oklahoma Kids, it involved randomly selecting 1,350 Oklahoma babies in 2007 and setting up a $1,000 college-savings plan for each of them. Parents can contribute to their children’s accounts on their own, with the state matching contributions from lower-income families, says Tim Allen, Oklahoma’s deputy treasurer for policy and administration.

Meanwhile, about the same number of children in a control group didn’t get accounts. The study tests whether or not having an account affects children’s futures, educational or otherwise, and their parents’ approaches toward education. While children weren’t chosen based on their families’ income, however there was emphasis on choosing African-American, American Indian and Hispanic children, says Clancy.

Allen reports that so far parents of 235 of the children in the study have set up accounts on their own. The program is set to last for four years, and longer if lawmakers decide to extend it. He says programs like SEED emphasize the importance of setting aside money for college once a baby is born. “You’re going to need that much time to save up for college.”

Next Article: FAQs about Financial Aid
We enable strictly necessary cookies to give you the best possible experience on Education.com.Cookie policy