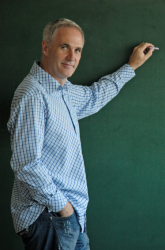 Every city wants a mayor who takes education seriously. But in some cities, mayors do more than take things seriously. They take over.

D.C.’s school system is similar in size to Boston (65,000 students vs. 57,000) and has a like number of schools (167 vs. 145). Both cities have an ethnically and economically diverse student population, many of whom struggle with poverty.

Fenty inherits a school system where only 11 percent of 4th graders can read proficiently and only 10 percent can perform grade-level math. And it’s no wonder he would look to Boston for advice – with more than a decade under his belt, Mayor Menino certainly has experience to share. This past Fall, Boston won the coveted Broad Prize for Urban Education, which awards the city with the greatest student improvement. But still, it’s important to note that despite all the buzz, and after 13 years, only 26 percent of Boston’s 4th graders test at proficiency or above in both reading and math.

In theory, the idea of the city school system reporting to the mayor’s office, rather than to an elected school board, makes some sense. This way, they are not tied to terms or distracted by re-election campaigns. But as more and more city mayors across the country begin pushing for school board control, it’s important for parents to look at what has worked, and what hasn’t. Hopefully cities like D.C., Los Angeles, and Seattle can learn what to take away and what to throw away when considering widespread reform.