According to the School Psychologist: 3rd Grade 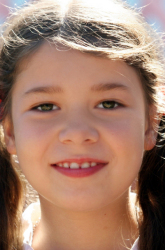 By the time your child reaches third grade, he is well immersed in and influenced by the culture of school.  Peer relationships are of increasing importance, and third graders may shy away from taking risks or exhibiting individualized or unique behavior for fear of being teased.  They may shun the adult notion of “just being yourself” in favor of conforming to their peers as much as possible.  According to thirty-year veteran school psychologist Dr. Laurie Zelinger, Ph.D., children of this age “begin to divide themselves into same and different.  Children may be taunted for having different personal or physical characteristics, clothing, or possessions.”

Children in this age range often form “clubs” with a defined set of rules and an established group of members.  However, states Dr. Zelinger, “These clubs morph on a daily basis, and seldom endure beyond recess for a few days in a row.”  The increasing need to “fit in” with their friends sets the average third grader up for a fair amount of disappointment.  Parents are likely to hear quite a bit of, “But Michelle’s mom is letting her!” and “Austin’s dad bought him one!” not to mention, “Everyone else gets to!  That’s not fair!”

Since much of what makes a child of this age feel good about himself revolves around having certain material possessions, it's important not to engage in a debate with your third grader about what is and isn’t worth having.  Instead, “If we don’t judge what they value and simply say whether we can or cannot give them what they’ve asked for, it will be easier.  Holding a clear boundary on what you can and cannot do, and loving your child just the same, without any value judgment on the things he has asked for, will leave you with a simple yes or no, and the freedom, sooner rather than later, to continue with the rest of the day!” advises Lori Landau, noted Marriage and Family Therapist and Parenting Coach.

Learning to tolerate and manage frustration and disappointment in a healthy and acceptable manner is a big part of the third grade child’s social and emotional development.  Your strong, supportive presence in your child’s life at this stage will not only help him learn to cope with negative feelings, but also help him navigate the increasingly complex social structure that is emerging in his school life as well.  “Allow them to find their own solutions to problems, in order to promote independence and problem solving skills.  Don’t always rescue them, but allow them small failures so they can learn about action and consequence,” says Dr. Zelinger.

Third graders are far removed from infancy and babyhood, but almost equally removed from the perils and joys of the teen years as well, and that middle ground can be a difficult place to inhabit.  Let patience, a manageable routine, clear boundaries, and active listening rule the day, and your third grader should have little trouble blossoming into the person he will eventually become (once he isn’t so afraid of those darn friends of his teasing him).