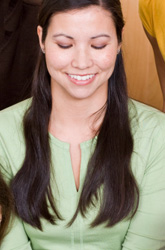 How much is an amazing teacher worth? As much as a low-level worker, or a startup superstar? The Equity Project Charter School (TEP), set to open in 2009 in a low-income area of New York City, says it’s closer to the latter. The school is planning on paying teachers a whopping $125,000 a year, plus an annual bonus of up to $25,000—spending most of their budget on what they say is the essential component for student success…teacher quality. It’s a far cry from the $30,000-50,000 in pay most educators take home across the country. And it’s got the education community buzzing about the street value of our nation’s best teachers.

Even though many people talk a good game about the importance of education, when it comes to actual teacher paychecks, America doesn’t put her money where her mouth is. In fact, according to recent census data, over the past 60 years, teacher pay has fallen so sharply that teachers now make less than half the salary, on average, of other workers with at least four years of college. “This is the biggest gap in pay since a college degree was first required to teach,” says Deborah Ward, spokesperson for New York State United Teachers, an organization that represents more than 600,000 educators, and is affiliated with the National Education Association. “At the same time, academic standards have risen and students are expected to achieve at higher levels than ever before.”

In the past few years, there’s been a lot of hand wringing and finger wagging about the state of the U.S. education system and what can be done about the difficulty in recruiting and retaining high quality teachers. The Equity Project Charter School says the equation is simple: high pay + high expectations = high student achievement.  The school aims to put into practice the major conclusion of a large number of research studies on academic success: that teacher quality is the most important school-based factor in student success.

And once they’re hired, they’ll be burning the midnight oil…or at least putting in a longer-than-usual school day. Forget the 9-2 schedule. TEP teachers will work “professional hours”, typically from 8 AM- 6 PM.  They’ll attend a 6-week summer development institute. And they’ll spend 3 hours per week leading an extra-curricular activity during the school’s mandatory extended-day program. They’ll observe their fellow teachers and they’ll be observed. Plus, they’ll pitch in every day performing administrative duties that at other schools are handled by support staff.

If you’re thinking that these well-paid teachers will be teaching well-to-do pupils, think again. The school is in Washington Heights, an area of primarily low-income immigrants from the Dominican Republic. And while students haven’t been chosen yet, TEP expects to have a school population of about 88% Latinos and 9% African Americans, with 20-30% being English language learners and 10% special needs. The middle school will focus on at-risk students, and give them a healthy dose of standard fare like English, math, science, and social studies, but also require every student to take Latin and music, because while many schools across the country have scrapped arts and language for more “core” subjects, studies show that Latin and music boost SAT scores. (Plus, giving students no choice in the electives they take keeps costs down. Important, with most of TEP’s budget going to teacher salaries.)

Whether or not teacher pay alone will be enough to boost student achievement, only time will tell. But there’s no question that the education community is going to be watching this New York experiment with eagle eyes.

With class size at a hefty 30 students per teacher, many educators question whether TEP’s teachers, superstars though they may be, will be able to give each student enough attention. Nancy Van Meter, a Deputy Director at the American Federation of Teachers says “High paying salaries are terrific for teachers and we certainly welcome the TEP emphasis on paying teachers high salaries, but we also think that there are other important aspects needed for strong schools. We hope that in the process of planning for their school, they’re including funds for other reforms and innovations that complement high salaries”.  Translation: just paying the big bucks may not be enough.

Bradley Goodman, who’s been working for the New York City Department of Education for 9 years, first as a teacher, then as a staff developer, and starting in September as an Assistant Principal, agrees, “I have concerns that this model is neither replicable nor sustainable.  Clearly, all of the troubled schools in New York City cannot double teachers' salaries.  We should be developing ways to recruit and retain highly qualified teachers to work in all of the schools in Washington Heights, and in all of the public schools that the 1.1 million kids in New York City go to.”

Zeke Vanderhoek, Principal and Founder of TEP, knows he has his critics, but he's taking what they say in stride. “In general the feedback’s been overwhelmingly positive,” he says. “There are always going to be people who don’t like changes to the status quo. We’ve certainly got people who question whether we’re going to have enough support staff or whether we should be spending our budget on other areas. All of those are valid concerns and we’ve thought seriously about them in the planning stages.” Still, he says, nothing that TEP does, or says they’re going to do, is written in stone. “The school is in no way a static entity, and we’re going to learn as we grow. Any good organization evolves and adjusts as it sees what works and what doesn’t work.”

Vanderhoek hopes TEP can be a model for other schools, and not just charter schools, but public ones as well. He’s trying to make the planning stages “as transparent as possible”, putting the budget up on TEP's website for download, speaking freely during the planning process, and encouraging other schools to replicate his model.

Will TEP get it right from the get-go? Probably not. But as someone who spent his time in the teaching trenches and “fell in love with education reform in general, and middle schoolers in particular,” Vanderhoek has experienced first-hand plenty of what doesn’t work, and he’s ready to ruffle some feathers in an aim for change. TEP's critics are sure to keep on buzzing. But that's okay, Vanderhoek says, “I love a challenge."

Next Article: A Nation at Risk: 25 Years On
We enable strictly necessary cookies to give you the best possible experience on Education.com.Cookie policy