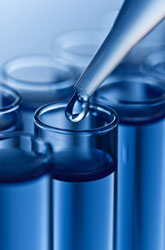 David Ho is a Taiwanese American AIDS researcher most famous for pioneering the use of protease inhibitors – drugs used to treat or prevent infection from viruses – in treating HIV-infected patients.

Born in Taichung, Taiwan on November 3, 1952, Ho immigrated to the United States at the age of 12 and grew up in Los Angeles, CA. Ho received his BS in physics with highest honors from the California Institute of Technology in 1974, and received his MD from the Harvard-MIT Division of Health Sciences and Technology in 1978. In 1981, he was serving as a resident in internal medicine at the Cedars-Sinai Medical Center in Los Angeles when he came into contact with some of the first reported cases of what was later identified as AIDS.

Ho has been at the forefront of AIDS research for almost 30 years. He helped devise the HAART, or highly active anti-retroviral therapy, which prescribes a cocktail of drugs to treat AIDS, combining protease inhibitors with other HIV medications. Ho’s research team is now working on developing vaccines for AIDS and bringing the treatment to patients in both developed and non-developed countries all over the world.

Steve Chu is an American physicist and currently the 12th United States Secretary of Energy. He was born in St. Louis, Missouri on February 28, 1948 to Chinese parents.

Chu is known for his research in the cooling and trapping of atoms with laser light with his work at Bell Labs at Stanford University. This research won him the Nobel Prize in Physics in 1997. Chu was appointed as the Secretary of Energy to the Barack Obama administration in January of 2009. At the time, he was a professor of physics and molecular and cellular biology at the University of California, Berkeley and the director of the Lawrence Berkeley National Laboratory, where his research focused mainly on the study of biological systems at the single molecule level.

He is a fierce advocate of researching alternative energy sources and nuclear power, arguing that a shift away from the use of fossil fuels as an energy source is absolutely essential in the fight against global warming and climate change. Chu is the first person appointed to the Cabinet after having won a Nobel Prize. He is also the second Chinese American, after Elaine Chao, to be a member of the Cabinet.

Jerry Yang is a Chinese American entrepreneur and the co-founder and former CEO (Chief Yahoo) of Yahoo! Inc. Born in Taipei, Taiwan on November 6, 1968, Yang moved to San Jose, California when he was eight years old, with his mother and brother. He claimed to only know one English word – shoe - at the time that he came to the states. He mastered the English language in only three years and was soon placed into an AP English class.

Yang received his B.S. and M.S. degrees in electrical engineering from Stanford University, where he was a member of Phi Kappa Psi fraternity.While he was at Stanford, in April of 1994, Yang co-created an Internet website consisting of a directory of other websites called “Jerry and Dave's Guide to the World Wide Web.” It was renamed "Yahoo!" (an exclamation). Yahoo became very popular and Yang and co-creator David Filo soon realized the business potential and co-founded Yahoo! Inc. in April 1995. They both decided to postpone their doctoral programs indefinitely to focus their energies on the company. Yahoo! Inc has since become a very successful company and Yahoo! is a popular search engine. Today, Yang remains on the Board of Directors for Yahoo! Inc.

Next Article: Help Your Child Celebrate Religious Diversity
We enable strictly necessary cookies to give you the best possible experience on Education.com.Cookie policy