According to the School Psychologist: 5th Grade 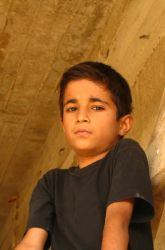 Take a look.  No, not there, further out.  Waaaay out in the distance – if you squint you might be able to see it.  It’s adolescence, and in just a few years it’s coming for your child.  Uh-oh.

“On the bridge of pre-adolescence, some children at this stage are beginning to notice there’s an opposite sex.  Talk of who’s cute and who asked who to go out, are on a level of interest for the most part,” explains Lori Landau, noted Marriage and Family Therapist and Parenting Coach.

That’s right, it’s arrived: the puppy love, the preoccupation with who the most popular kids are, the constant chattering about who likes who – the beginning of the end.  Right?  Not necessarily, according to Landau.  “The basics are still the basics.  Raising kids is not so complicated as it is a commitment to providing and maintaining a foundation that supports them, and that they can internalize so that as they grow up what will be evident is their own capacity to manage increased freedom and responsibility.”

Maybe that’s easier said than done when it comes to the messy world of fifth grade, but the key seems to be keeping the lines of communication open and maintaining a home environment that is as calm and stable as possible.  Engage in active listening and treat your child’s concerns fairly and without judgment (even if she’s attempting to talk to you about something you would never have dreamed of talking to your parents about).

“When our children know that we know that what they are experiencing is normal and okay, then they are more inclined to let us in,” states Landau.  This is especially important if you child is already experiencing puberty and beginning to develop sexually.  According to Landau, “They need us so they can have someone close and dependable to ask their questions about life, their physical development, sexuality, and so on.”

While fifth grade girls are generally fully enmeshed and preoccupied with social cliques, both boys and girls are prone to displays of attitude.  If you happen to be the proud owner of a fifth grade child, chances are you’ve already heard one or two “WhatEVER”s.  It's important to keep in mind that attitude problems and disrespectful behavior can be a sign that your child is experiencing something troubling that he can’t quite express.  “Being ‘cool,’ or rather being disrespectful is a cover for a child who isn’t feeling okay.  Discovering what they are struggling with is the best use of our energy, despite how tempting it is to fight with them over the attitude,” advises Landau.

So what’s a parent to do?  According to thirty year veteran school psychologist Laurie Zelinger, Ph.D., “Don’t get caught up in the social crisis of the moment.  It will pass.  Remind your children that friendships go through changes hour to hour.  Just wait.  It will get better again.”  And Landau reminds parents to “Think cool, calm, collected …something we all want as we mature.”  Keeping a cool head around a wanna-be cool fifth grader is paramount to maintaining an island of calm in a year that is as turbulent as it is exhilarating.