Log in with different email
For more assistance contact customer service
School and Academics
Classroom Learning
Benefits of Failure: Why Making Mistakes in School Is a Must

Benefits of Failure: Why Making Mistakes in School Is a Must 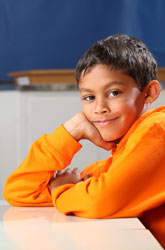 “Anyone who has never made a mistake has never tried anything new.” ~ Albert Einstein

When we’re small children, our mistakes are applauded. Our falling-down attempts to walk for the first time are cheered by our parents, giving us the courage to get up and try again. When we accidentally put our shirt on backwards, people smile and praise our independence. At this age, the world teaches us that failure is merely part of the journey to success.

But when we get to school, we quickly learn that mistakes are bad. Answers are right or wrong, true or false, bubbles to be filled in with a Number 2 pencil. The risk-taking that used to be rewarded is now punished, and we either give up or learn to stick with safe answers. Unfortunately, this black-or-white thinking doesn’t encourage learning. Instead, it fosters a fear of failure and discourages ingenuity.

Teachers are starting to worry, and “resiliency” is perhaps the latest buzzword in education. In June, the California Teacher’s Association published an article called "Teaching Students to Bounce Back." It argued that children are under more stress than ever, but lacking in “basic coping skills.” The article speculates that this loss of coping skills could be because “years of testing and test preparation have robbed them of critical thinking skills and the ability to self-reflect.”

It’s no coincidence that anxiety among teenagers is on the rise. In her book, The Price of Privilege, Marilyn Levine tries to make sense of this trend: “When parents place an excessively high value on outstanding performance, children come to see anything less than perfection as failure. While most kids hang in there and try to meet those high expectations, more and more kids are opting out.” Students are afraid to try anything new, paralyzed by fears of appearing imperfect.

Allowing our children to make mistakes is the best way to combat this culture of perfectionism. We must remind them of what they knew as toddlers: mistakes are a valuable part of the learning process. Innovation and discovery can only be fostered if we give our children the freedom to fail. Schools can build resiliency by emphasizing exploration over correctness. Here are some of the classes in which we should expect and reward failure: if our students don’t make mistakes, they aren’t trying anything new.

Science teacher Marsenne Kendall tells parents at Back-To-School night: “"I embrace mistakes!! Mistakes are wonderful and very helpful for the learning process. In fact, many wonderful things have been discovered through so-called ‘mistakes.’” Indeed, discoveries such as penicillin, post-it notes, and x-rays are all important by-products of experiments that went “wrong.”

Mythbusters is a terrific example of scientists failing with enthusiasm. On this television show, researchers test urban legends by carrying them out in real life. More often than not, the experiments explode. But do the scientists get discouraged? Not according to co-star Adam Savage: “The cultural idea of a scientist is someone who sets up an experiment and then when it doesn't happen the way they expected says, ‘Oh my experiment is a failure.’ No scientist actually thinks like that. Any experiment that yields data is a viable experiment.  Information is key, not what you expected the outcome to be.”

Mathematician ET Bell said, "The mistakes and unresolved difficulties of the past in mathematics have always been the opportunities of its future."  Many mathematical theories that were once dismissed have since become essential to complicated fields like artificial intelligence and particle physics.  Even Einstein made mistakes, but luckily for us, he never gave up.

Whenever a child raises his hand to answer a question in Jerry Brodkey’s math class, she’ll never hear him say, “That’s wrong.” Instead, he’ll say, “That’s interesting. How did you get your answer?” By supporting his students when they take a chance, Mr. Brodkey encourages them to keep trying. And by talking through mistakes out loud, Mr. Brodkey helps other students who may have made the same error.

JK Rowling is arguably the most successful author of our time. Ironically, the title of her 2008 Harvard commencement address was "The Fringe Benefits of Failure." “Failure, “ she said, “gave me an inner security that I had never attained by passing examinations. Failure taught me things about myself that I could have learned no other way…the knowledge that you have emerged wiser and stronger from setbacks means that you are, ever after, secure in your ability to survive.”

English class should be a place where students learn to find their voice. Yes–proper grammar and spelling are critical for good communication. But no great author ever succeeded because of his talent with the Oxford formatting style. The best writers rise to the top because they’ve learned to tap into their imagination and express their feelings. Children should be reminded that it takes practice to find one’s style, and that they’ll write a few flops before they hit their stride.

Electives are being pushed out of students’ schedules as we expect them to take more academic classes to compete for college admissions. But electives are critical because they provide the best opportunity for students to try without penalty, to be able to make mistakes and learn from them.

Practical Arts offer the perfect chance for students to learn to recover from failure. Says shop teacher Mark Leeper, “Kids learn persistence in woodshop. If they cut a piece of wood that doesn’t fit their project, they can fix the problem by cutting a new piece. It’s one of the few places in school where students don’t get penalized if they get things wrong the first time. We teach kids to keep trying.”

The beauty of the fine arts is that there are no right answers. These subjects offer a chance for pure expression of one’s thoughts and emotions. It’s a relief to our test-driven students to be in a class where their creativity is rewarded instead of squelched. They enjoy the chance to express themselves just for the pleasure of it, not because they’re going to be tested on it.

Even if teachers deem a child’s artwork to be “unusual,” she can take solace in the fact that geniuses like Van Gogh weren’t appreciated at first. Art is subjective; there’s no definitive voice for what’s right or wrong.

School needs to be a place that doesn’t just teach the right answers; it should also be a place that teaches kids how to bounce back from failure. Child psychologist David Elkind has long advocated letting our children learn without pressure. “While playing, children can try on pretend solutions and experience how those solutions work. If they make mistakes, those mistakes won’t hurt them as they would in real life.” Schools need to be forgiving; our kids have the rest of their lives to face real demands.

Next Article: How Kids Want to Learn: New Research Emerges
We enable strictly necessary cookies to give you the best possible experience on Education.com.Cookie policy