For Profit Colleges: Get the Facts 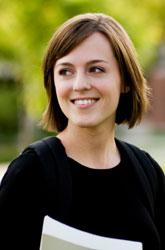 Some teens would rather train for a specific job after high school than pursue a well-rounded degree from a liberal-arts college or state university. A trade school, like those you've probably seen advertised on TV, might be appealing to students who are interested in training programs focused on fields like nursing, culinary arts and information technology.

Many of these schools are for-profit institutions, unlike traditional public or private colleges. Recent news reports and government inquiries have criticized these for-profit colleges, also called career colleges or private sector schools. According to the Association of Private Sector Colleges and Universities, 2.8 million students, 38% of them younger than 24, attend more than 1,800 of these schools nationwide.

A 2010 report from the U.S. Government Accountability Office said that when undercover investigators applied to 15 of these colleges, recruiters misled them about how much programs cost and how much applicants would earn after graduation. Four colleges encouraged undercover applicants to lie on financial aid forms. The U.S. Department of Education has proposed taking federal money away from for-profit colleges that don't effectively prepare graduates to earn enough to repay student-loan debt.

Experts say career colleges aren't necessarily good or bad. "The faculty, for the most part, are professionals in that field," college counselor Michael Szarek says.

If your teen is considering one of these schools, she should be extra cautious. That means posing lots of questions.

Is the School Accredited?

Perhaps the most important question about any college – non-profit or for-profit – is whether it's accredited. This means an outside organization has evaluated the school and verified its legitimacy. There are several types of accrediting bodies, including those that accredit programs in specific fields like interior design or pharmacy education. Szarek says accrediting bodies that cover specific regions of the U.S. are generally the most respected.

You can visit websites for the Department of Education and Council for Higher Education Accreditation to see if a school is accredited.

If your teen is going to school for job training, he'll need to be reasonably sure his education will lead to the job he wants. When you visit a career school, ask what percentage of students graduate from the program your child is interested in, what percentage of students are hired in their field and how long it takes to find jobs. Ask whether the schools' figures include every graduate or just a percentage.

Then get names of companies where the school places interns or graduates and talk to those employers, Szarek says. Ask hiring managers at those businesses what they think of a particular college and which schools produce qualified graduates.

Also find current and former students from the college and ask for their opinions. "The school should be able to give you the name of someone you can talk to who was successful in their program," says Sheila Adkins, spokeswoman for the Better Business Bureau.

However, Adkins says, beware of any recruiter who guarantees that child will land a certain job or salary after finishing a program. Even the most prestigious college cannot guarantee graduates will get hired.

Szarek also advises asking recruiters if credits from their colleges will transfer to other schools. This matters if your child decides to earn another degree later.

He adds that it's important to figure out which company owns the college your teen is considering and check into that company's reputation.

How Much Does it Cost?

On its website the private sector colleges' association says most career colleges cost more than public colleges and less than private non-profit schools. To make sure you're getting the best value, research similar programs at other colleges and compare costs. Ask plenty of questions about the quality of their programs as well.

Szarek says the program your child is interested in might be available at a community college for much less. In its investigation, the Government Accountability Office found that while a for-profit school charged students $14,000 for a massage therapy certificate, the program cost just $520 at a nearby community college.

Expressing interest in a for-profit college means your child will probably get a sales pitch. She has to be willing and able to stand her ground.

One giant red flag, Adkins says, is a high-pressure recruiter who tries to guilt your child into enrolling right away. "Some of these colleges know that people are desperate to improve their job skills," she says. "It's sort of like twisting the knife in their back."

Any school worth your teen's time and money will provide complete, honest information and allow you to take as long as you need to decide, Adkins says

"You're looking for transparency," she says. "You have to take the time to explore all your options and do your research."

No matter what college road your teen takes, asking the right questions and getting the facts will help you and your teen make the right decision.