According to the School Psychologist: 4th Grade 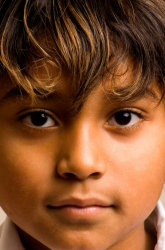 Can it really be?  That little squirmy, wriggling ball of sweetness and cuddles you held in your arms nine years ago is now standing, brow furrowed, at home plate getting ready to whack a softball to kingdom come?  Fourth grade is often when children are “truly coming into themselves and are more engaged in the world around them.  They can demonstrate a striking level of competence.  Our job is to notice this change and support it,” explains Lori Landau, Licensed Marriage and Family Therapist and Parenting Coach.

While preoccupation with peers and the need to fit in remains strong at this age, the fourth grade child is often even more concerned with measuring up to her own demands on herself.  She is now being graded in school, not to mention being casually assessed by her peers and family members.  The fourth grader may begin to exhibit a preoccupation with competition and “being the best,” either academically, in sports, or in some other skill or hobby in which she has an expressed interest.  Fourth graders are “more self-reflecting as they’ve encountered enough of the outside world and judgments to know that they don’t always win or get chosen to have their work highlighted,” states Landau.

In addition to increasing self-awareness and budding recognition of her unique place in the world, a fourth grader is developing her sense of morality as well.  This age marks the beginning of true autonomy in children in addition to the ability to see and process points of view other than their own.  “They are able to make a decision and accept the consequences for it.  They have made the shift to understanding that a correct behavior is based on their own internal values, rather than the threat of punishment that guided their actions only a couple years before,” explains thirty-year veteran school psychologist Dr. Laurie Zelinger, Ph.D.

With increased participation in school and extracurricular activities, in addition to her growing sense of self, and ability to process the world around her, fourth grade can be a heady time.  It's important to help your child learn to budget and manage her time effectively, making sure, especially, that she always gets a good night’s rest.  If your fourth grader becomes withdrawn or seems stressed, try helping her pare down some of her activities until she has a schedule that allows for unscheduled play and quiet time.

“Keep in mind however, that no matter how bogged down your child may get, kids are incredibly resilient,” advises Landau.  Fourth grade parents are faced with the exciting (and sometimes daunting) task of helping their children nurture and develop the skills that in many ways will contribute to who they ultimately become as adults.  “Find their strengths and keep them in the foreground,” Dr. Zelinger advises.  “Applaud effort, not outcome.”