Log in with different email
For more assistance contact customer service
School and Academics
Math and Inspiring Your Child
Fractions at Home: Beyond the Pie

Fractions at Home: Beyond the Pie 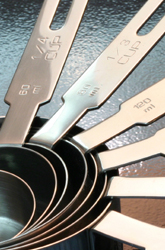 Parents can feel anxiety when it comes to helping their child with math.  For an adult who didn’t like or struggled with math as a child, assisting with math homework may seem like too much to ask. But parents everywhere sell themselves short when it comes to math. We underestimate our ability to do math, and seem unaware of how often we use it each day.

Fractions are a perfect example. Students often struggle with the concept of less than one, and parents can feel helpless when it comes to aiding their child. But, they don't have to feel helpless, according Henry Kepner, President of the National Council of Teachers of Mathematics. “Dealing with parts of whole numbers is something that we do every day. Almost everything we measure is ‘in-between,’ such as pouring 3/4 cup of milk, driving 0.6 of a mile, and even that dreaded increase of one-half of one percent in our credit card rate.”

Indeed, fractions find their way into our real-life math, more than any other math concept. Since they’re obviously important, what can we do to help our children understand them?

“Let your child know when you are using fractions in your own life,” advises Lyna Ball, first grade teacher in Cambridge, Massachusetts. “Seeing you use the same math she is learning to use can be powerful inspiration to learn.”

Many children’s books can also help with the concept of fractions, such as Jump, Kangaroo, Jump by Stuart J. Murphy and Eating Fractions by Bruce McMillan.

Fractions are an important math concept that can be fun to learn and easy to practice at home.

Next Article: Make Math Interesting!
We enable strictly necessary cookies to give you the best possible experience on Education.com.Cookie policy