How to Handle First Day Fears 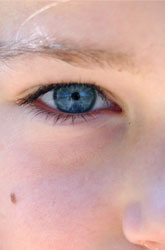 As the first day of school approaches, you’re excited about all the new adventures your child will experience – but she’s not. Although she may not be able to explain why, she’s anxious and unhappy about the whole thing. What’s the matter?

“The overarching issue is fear of the unfamiliar,” says Robyn Silverman, Ph.D., author of the Powerful Words Character Development program, a resource for after-school teachers, coaches, and instructors. “The key to helping your child is to make the unfamiliar, familiar. The more you can do that ahead of time, the less fearful she’ll be.”

Here are Silverman’s tips for helping your child deal with back to school anxieties.

Know what to look for. Watch for these signs as back to school week approaches:

Help him label his fear. Unidentified fears are the most difficult to overcome. The more clearly your child can identify his fear, the better you’ll be able to help him deal with it.

Start practicing the routine now. As summer winds down, have your child start her mornings and end her evenings as if she were already back in school. Have her get up and have breakfast by a certain time, and set out her clothes for the next day at bedtime. “Being disorganized or late are two major stressors for kids,” Silverman says. “Getting her into a rhythm early will eliminate a lot of worrying.”

Review his school schedule with him ahead of time. Pick up a copy of your child's daily class schedule as soon as you can, and look it over together. When he knows what classes he’ll be taking, and at what times and where, he’ll be much more at ease.

Role-play a school day. Pretend you are your child's teacher or another student in his class. Choose a part of the day to act out, such as snack time or recess. Make it fun for him – he may even want to pretend to be the teacher himself.

Remind her that it’s normal to be nervous. Assure her that all the other kids are having similar feelings. Tell her how you felt on your big first days, and all the fun things you still remember.

Visit the school before the first week. Walk the halls with your child, and point out the appealing things you see, like creative art on the walls or sports banners in the gym. Let your younger kids play for awhile on their new playground.

Encourage “courage.” Remind your child of the challenges she’s already overcome that once made her nervous, such as joining a team or performing at her first piano recital. “Refer to these accomplishments as things she’s already conquered,” Silverman suggests.

Keep the lines of communication open. Encourage your child to express how he’s feeling about the approaching year, but don’t push. Keep in mind that “the one who’s anxious might just be you,” Silverman says. If so, don’t create unnecessary anxiety for him by telling him you’re worried. If you need to talk about your own feelings, share them with your spouse or a friend.

Point out the positives. Remind your child of the fun she’ll have with old friends, and the adventure of making new friends. Talk about the sports and activities she’ll get to do. If she enjoys science, point out the experiences she’ll have in her new grade level, such as studying about space or using a Bunsen burner.

Make new friends ahead of time. If you’ve moved to a new area, or your child is starting a new school where he doesn’t know anyone, help him meet some classmates before his first day. Request a class list from the school, and approach one or more of the neighborhood parents about setting up a time to hang out. “He may not find his best friend this way,” Silverman says, “but he’ll be a lot less anxious that first day.”

With all the new people, places, situations and schedules your child will face during back to school week, it’s likely he’ll be anxious about something. By helping him address his fears to make the unfamiliar, familiar, you’ll enable him to overcome his anxiety and begin a successful and enjoyable new year.