Log in with different email
For more assistance contact customer service
Child and Adolescent Development
Identity
Introduce Philosophy: It's Not Just For the Gifted

Introduce Philosophy: It's Not Just For the Gifted 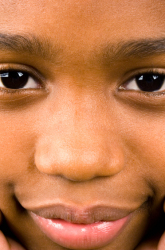 Have you ever caught your middle schooler staring far into the distance with a look of contemplation and asked under your breath, “What is she thinking about?” Before you brush it off as a sugar crash, consider this: Children's minds are ripe for studying philosophy, because they're uncluttered and naturally curious. Chances are, your child is already thinking deeply about big ideas. Now, she just needs a sounding board to turn her into a bonafide philosopher. That's where you come in.

Don't let the memories of dry Hobbes essays sway your thinking. Teacher and educational consultant Marietta McCarty has developed a guide to sharing philosophy with kids called Little Big Minds (Penguin Books). The book is organized into 15 chapters, each one highlighting a philosophical topic from Love to Justice to Death. Within the chapter, McCarty provides teaching tips, discussion questions, and exercises specific to that topic. McCarty says parents shouldn't get hung up on the heaviness of these topics or the academic stigma given to philosophy--it's simply is the art of clear thinking.

Studying philosophy has many benefits for children as young as Kindergarten, McCarty says. For middle school children, philosophy gives them the courage to find their voice and verbalize their internal life, during a time when getting squelched out of a group is a routine thing. Philosophy also gives middle schoolers the opportunity to be listened to, something they may be lacking now that they're older. According to McCarty, it's a common trend that adults curtail interaction with a child once she stops being “cute” and starts questioning the world around her. “As soon as children begin to feel they're not being heard, that's when the baggage and clutter happens because they start to form opinions that are comfortable, rather than questioning,” McCarty says.

Despite the potential benefits, schools often don't have the time or money to introduce philosophy into the curriculum. So, how could you expose your child to these ideas outside of school?

McCarty says discussion questions are perfect for a trip in the car, at the dinner table or waiting in the dentist's office. Not only is it educational, it's also a great way to learn more about your child's joys and fears, because “talking about philosophy gives her permission to talk about things like cliques and bullying," she says.

Here's a sample of discussion questions from the Friendship chapter, a topic of huge significance to adolescents:

McCarty says no matter how you structure your talks, the most important thing is to really listen to your child's ideas. Your time and energy is an investment in her mind, and like the great philosophers say: a clear mind makes for a great life.

Next Article: Should Your Child Skip a Grade?
We enable strictly necessary cookies to give you the best possible experience on Education.com.Cookie policy